Cap, Triforce Mike, and Colin have hit the road – venturing from sunny Orlando, Florida to likewise sunny Los Angeles, California.  We spent an afternoon and evening taking in the sights and smells of Los Angeles (more on that in a future bonus video) then we hop on over to the L.A. Convention Center and explore the Expo before the doors are opened to the teeming masses.  Adventure and mysteries await:

Of course, the big deal in these days before E3 kicks off is Microsoft’s dual conferences – one a mind-bending circus performance by Cirque du Soleil demonstrating how Project Natal (now dubbed “Kinect”) works, as well as their standard press conference. Another big debut for Microsoft was the new X-Box – a sleeker, super upgrade of the original console and we got to touch it.  We attended a Microsoft Tweetup where X-Box Live’s Major Nelson gave us a hands-on demo of the new hardware and answered our questions on why it’s so awesome and why we should care.  Finally, after a private evening with a certain chief creative officer of DC Comics, we headed over to the VGChartz Party to bust a move with The Megas and 8-bit Weapon:

June 15th is an EPIC day first Nintendo and Sony – THEN THE WORLD!  See you on the other side! 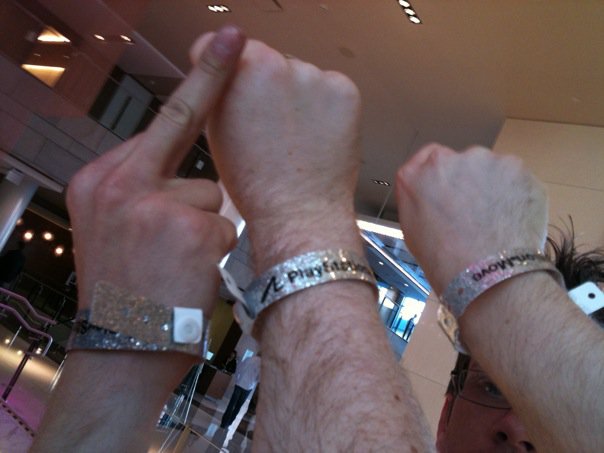