State of the Empire: A Lucasfilm Podcast 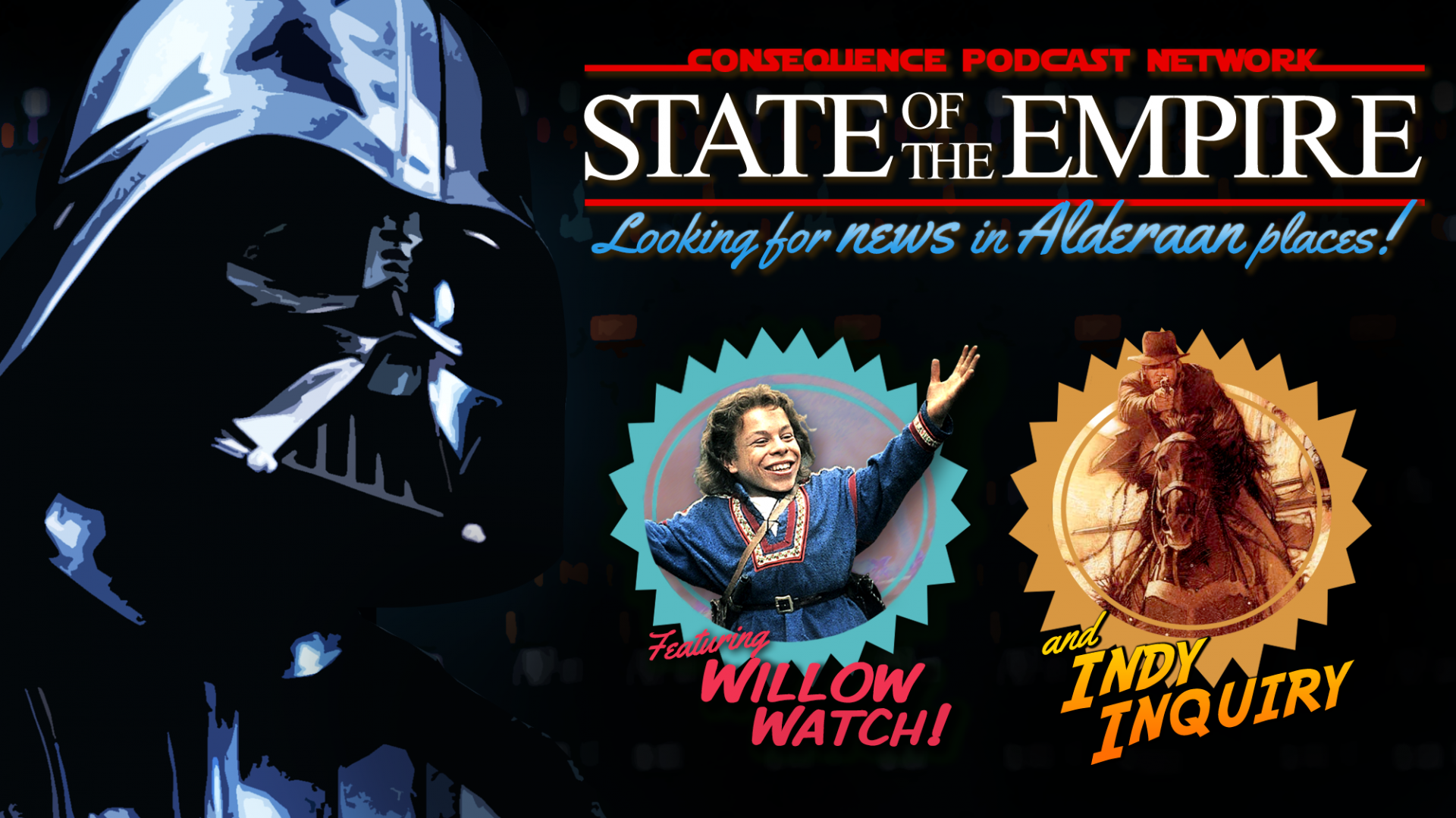 State of the Empire is a Star Wars speculation podcast, where we “Look For News in Alderaan Places!”

Head to a galaxy far, far away and jump straight down the garbage chute for the latest news and rumors from the Star Wars Universe. We’ll do anything to get a scoop, even make it up! And that’s not all – we’ve got Indy Inquiry and Willow Watch, our segments dedicated to Indiana Jones and the Lucasfilm fantasy epic, Willow!

The Latest State of the Empire Articles & Episodes!

State of the Empire you’ll keep abreast of the expansive Star Wars continuity – films, TV, comics, games, and more  – as well as all the happenings here on Earth like the theme parks and the production announcement of the inevitable Willow sequel. Worried about spoilers as we get our hands dirty in the poodoo of the rumor mill? No problemo! We keep all the Star Wars spoilers locked safely behind the Blast Doors at the end of every episode. 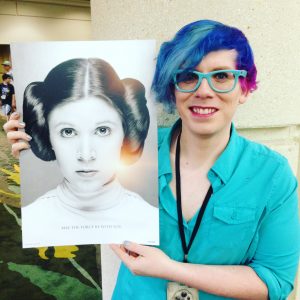 Cat Blackard: Cat is a cosmic fugitive who lives inside a VCR and poses as a multimedia artist in a poorly-planned attempt to blend in on Earth. She’s co-creator of Lightning Dogs, (an animated series about space dogs fighting mutants) and is the brain behind a whole abyss of multiversal podcasts, here on The Nerdy Show Network. 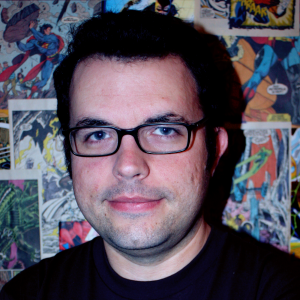 Doug Banks: A screenwriter who loves science fiction, comedy, and action/adventure. Some might be “script doctors,” Doug’s goal is to be a “script Batman”. He co-created Lightning Dogs, with Cap and brought back to life the 1980s Ghostbusters roleplaying game which he uses it to helm the RPG audio drama, Ghostbusters: Resurrection. 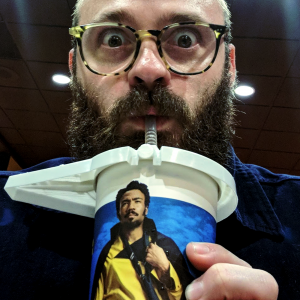 Matt Spill: State of the Empire’s own personal holocron. Matt is an Expanded Universe Master – Few have read as many Star Wars novels as him and lived to tell the tale. He loves filmmaking and as a Hollywood man of intrigue, once shared an elevator with two Bond villains while he himself was wearing Max Zorin cuff links.