Oculus Rift First-Person Version of the Original Legend of Zelda 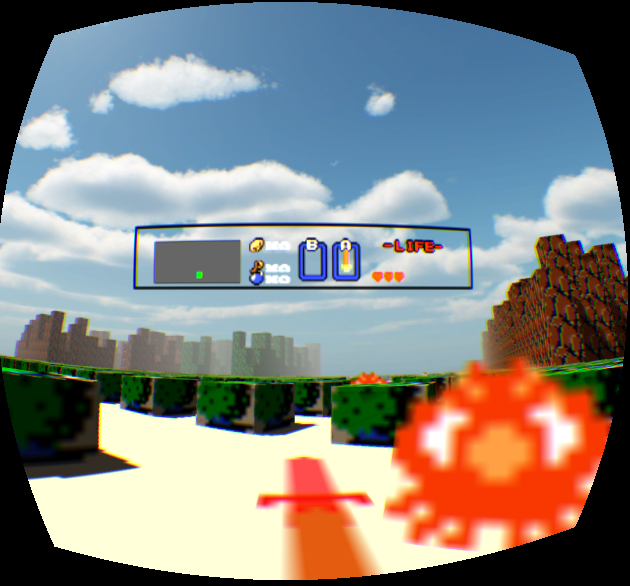 I am not lucky enough to own an Oculus Rift. But I may just have to change that after seeing this VR clone of the original Legend of Zelda for NES.

Developer Ubiquitron has given new life to this gaming classic by allowing you to “see the world through Link’s eyes, in all of it’s virtual 3D 8-bit glory.” Basically, you’re wandering 80’s Hyrule, exploring dungeons and fighting off Octoroks, Tektites, and Like-Likes. We’re one step closer to the technology presented in Ready Player One, people!

As someone who has played through The Legend of Zelda many times, this FPV version looks particularly intriguing. I’ve played through the classic so many times that there isn’t much of a challenge anymore. But I imagine that losing the overhead, God-like view of the game would make it all the more challenging. Take the scene above as an example: who knows how many Tektites lurk among those boxes? Without the overhead view, there’s no way to know if a monster is sneaking up behind you, or lurking around the corner. And, not to mention, 8-bit monsters look freakin’ creepy up close.

Below is a demo video by VR reviewer emart – check out TLoZ VR in motion!

What do you think? Does this reimagined Legend of Zelda clone look totally awesome, or should we keep playing the classics in the format they were originally released?