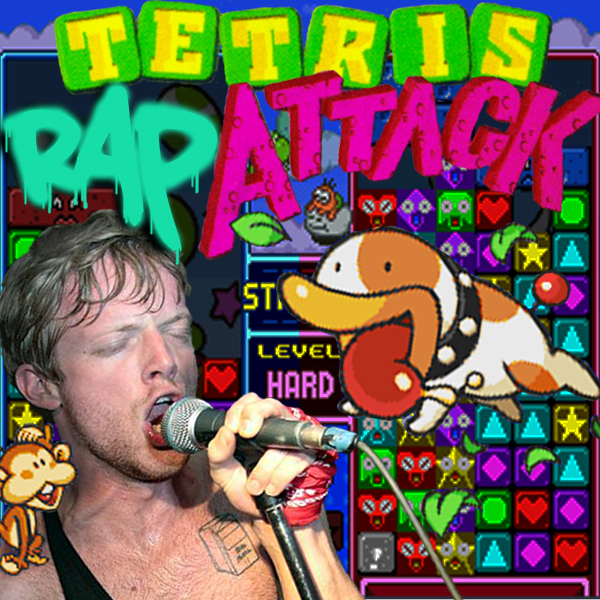 In 2010 Nerdy Show paid homage to Nintendo’s Tetris Attack aka Panel De Pon, one of the greatest puzzle games of all-time, by holding the Tetris Rap Attack beat mixing contest. The winners would have their beats rapped over by Astronautalis, Masurao of Krondor Krew, or MC Coolwhip – each picking their favorite.

Evers McGee got the grand prize when his beat sampling Poochy’s stage was picked by Astro.  The resulting track, “The City Ain’t Just a Skyline”, is a heartrending true-to-life tale of a nerdy kid dating a girl way out of his league.  You can hear Astronautalis talk about his love for Tetris Attack and the genesis of the song in our interview with him where we debuted the winners.

Fast forward to 2014 and Astronautalis has released a re-recorded version of “The City Ain’t Just a Skyline” with an all new arrangement based on the Tetris Rap Attack original. This version was originally recorded during the sessions for his 2011 album This is Our Science, and hasn’t seen the light of day ’til now.  It’s available to stream on SoundCloud and for purchase via iTunes, along with two likewise unreleased This is Our Science remixes.  The releases are a part of Astro celebrating his newly reclaimed ownership of most of his catalog, you can read more about that windfall here. But first, check out both versions of “The City Ain’t Just a Skyline” below.