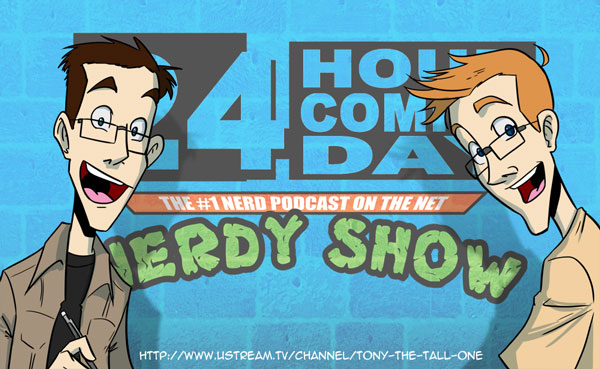 Once a year, writers and artists from all walks of life try their hands at producing complete comics in 24 hours.  Or at least getting some kind of real start.  Last year, Tony and Triforce Mike teamed up to produce a comic called Axe Chick. This year, they team up once again to make a comic set in that same universe.  Hex is also participating, just outside of camera range, but still in earshot and Cap & local-shop stopped in and may stop in again!

Starting at 12pm October 1st the festivities were kicked off and will be on-going until that time, October 2nd.

CHECK OUT THE STREAM RIGHT HERE

If you missed anything check out the saved videos!  Part 1 features Tony, Cap, and local-shop.

UPDATE!  11:40 PM Tony and Mike have ended their stint in the comic-crafting gauntlet.  Hex soldiers on!  But Tony hasn’t left empty handed!  He’s got 8 comic pages and a page of character sketches  for a forthcoming comic called Volatile Vocation. Click the image blow to get a PDF of the pages! 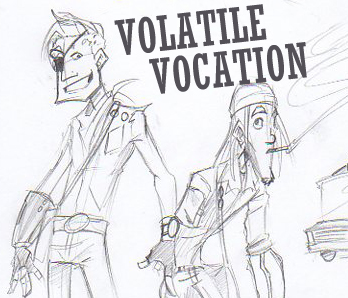