Noah Champoux is a new writer with Nerdy Show.  If you recognize his name it’s probably because he wrote the Nerdapalooza 2011 Spotlight pieces shared between us and Nerdapalooza.org.  He’s a bit of a hermit who says he writes a novel a year, and yet hardly shares his creative writing. Noah’s other habits include: poetry, listening to a new album almost every day, spending more time thinking about playing video games than actually playing them, and doing a lot of non-profit work in and around Orlando. This will be his first review on the site – look forward to more reviews int the future – And yes, his last name is actually pronounced “shampoo”. 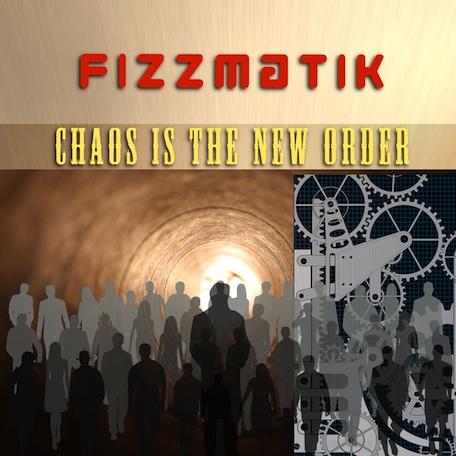 What is Fizzmatik? It’s not some fancy new kind of carbonation, it’s not even pop music.  You may remember his name from when the Nerdy Show crew played a song of his not too far back. His music feels at times like it could be a Super Nintendo singing its emotions through midi channels and at other times like what someone in the past might suppose future music would sound like. This is electronic at its best; it isn’t afraid to experiment to find a new feeling nor does it distance itself from older instrumentation and the work of the pioneers of the genres it transcends. To best describe it, in my terms, would be electronic western. Music like this would fit the world of Firefly.

Alex Enzar, the man behind the music, combines euphoria and misery into a hypnotizing blend that shows influences of Tangerine Dream, Ryuichi Sakamoto, Brian Eno, and Harold Budd. These influences never overpower his own sound – which straddles the line between both lingering dread and weightlessness but never drift too far in one direction. He’s a self-taught musician born in London and raised in Morocco and Canada whose love for film music and desire to understand sound at its core put him on the musician’s path. His first major work was for the soundtrack to a fantasy/ western short film, called West End.  The film appeared at Cannes Film Market and garnered some buzz before ultimately losing steam.  His work on that project – a fusion of Western genre and electronic music, paved the way for Chaos Is The New Order.  Six months of careful and rigid work brought the album together, each track cohesively blanketed under a dark, electronic vibe that beckons ears to listen.

Chaos Is The New Order abruptly opens up with a sampled choir. An assortment of voices alternating between words while saying, “Chaos is the new order,” and conversely, “order is the new chaos,” are randomly sprinkled through the first track. This was off-putting at first, jarring, too-obvious, but on a second listen, it fit fine. Surprisingly, it seems to be one of the most upbeat tracks on the album.

Altered voices give another musical layer to “SkiNzophrenia”, and the play on “schizophrenia” works well with the dynamic riffs that clash then mesh together; this is a theme that carries on through the album and doesn’t seem forced nor out of place. A Jekyll and Hyde, darkness and light duplicity resonates through many of the tracks, and your perception lets one choose what to focus on. The tone changes with an acoustic guitar at the beginning of “Who Are You ?” before the electronic instruments come to create a blend of analog and digital. Chaos reigns with moments of instrumentation that feel both partially out of place and in just the right spot all at once. This line is what makes the album what it is; Enzar knew what he wanted when he crafted it. 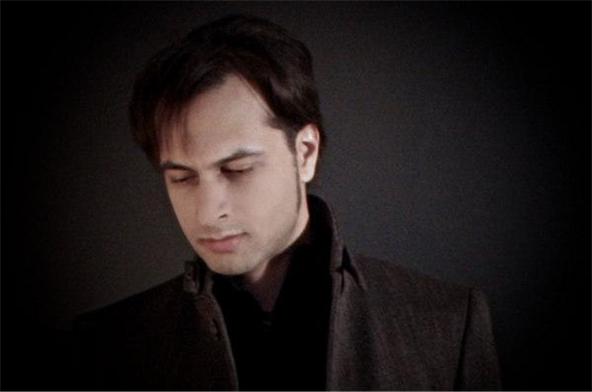 “Winter In The Garden Of Stones” starts out soft with keyboard which goes silent before it is accompanied by xylophone, and finally the rest of the instruments join in to create a lush, morose connection – one that gives off vibes of post-rock bands Mogwai and God Is An Astronaut. This is met with a funky twang that lightens the mood a little but doesn’t remove that inherent sense of loneliness. This leeriness comes on strong in the first couple of seconds of “Ephemera Forever” – a track that gives off the feeling of walking into a Chozo room in Metroid knowing you’re about to get something… but not quite sure what.  The eeriness lingers, while a danceable beat plays on.

“Electrosfear” opens up deep and grim while a muted beat plays under the synth until a piano bridges the gap yet again from electronic to analog – an echo that reverses the sound and gives a feeling of time distorting. “Brave New World” projects visions of space cowboys but also wouldn’t fit out of place in a cheesy porn flick. My dreams in high school of creating post-porn music have finally been realized. Alas, it was not at my hands. It feels western and heroic but also empty as though the road must be traveled alone– as many cowboys do. Or not alone, as a plumber lays pipe for a lonely housewife.

“In The Heart Of Lightness” features distorted background sounds that give a sense of distance. This gives off the strongest sense of solitude on the album and is further driven by the beat and main riff. Though the song rises over that lingering sensation, it can still be felt under the surface especially as the instruments slowly go silent in the last minute of the track.

“Love The Machine” begins with a voice commanding listeners to do just that. This must be what Big Brother’s telescreens would sound like in Orwell’s 1984 – the same kind of machine that keeps the world of The Protomen “safe”. While the voice has a calming tone to it, it instills the idea of duty, homogeneity. If life imitates art, is this where we’re headed? If that means Protoman will be created, sign me up. This voice doesn’t last long before fading back for a few minutes, but it remains in the rhythm of the track – lingering. The riffs give off an aura of the later levels of Super R-Type. A choir takes over for the voice before it returns, commanding once again to close our eyes and “love the machine”. This is the longest track on the album, weighing in at a little over eight minutes, but it’s varied enough in its soundscapes to not overstay its welcome.

The closing track, “Edo” gives a fine farewell with a simple beat until the guitar brings the funk and breaks the somber mood with a little life and energy in the style of Bibio before fading to silence.

This is an album that anyone with a taste for cleverly crafted music should hear. If you’re not much for soundtracks – games or film – this might not be for you.  The soundscapes feel stitched together– instrumentation changes, tempo switches, etc. It’s got layers, but it doesn’t lose focus. It’s clear that Fizzmatik has a great sense of sound and knows how to bend it to his whims. This is an artist everyone should keep an eye on.