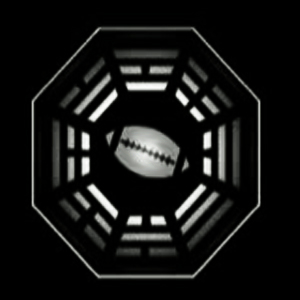 Professional sports might not be the average nerd’s cup of tea (I know it’s not mine), but in recent times the phenomena of fantasy football has blurred the lines between average geek and the armchair warrior.  It’s like an NFL RPG.  What with the Super Bowl being tomorrow and Lost having just premiered, it seemed like the perfect time to dust off an internet video series that aptly juxtaposed nerdiness and pro sports: The Dharma Fantasy Football League.

The project was created by some old friends of Mike and I, including the members of Jedi BFF (best known for the hilarious “Good Morning, iPhone” video).  What begins as an average fantasy football league ends in tragedy and weirdness.  The series is part reality show, part Christopher Guest movie, and full of Nerdy Show-style geekery – featuring such teams as: The Korriban Killers and the Hanso Polar bears.