Dungeons & Doritos :: Bear With Us… 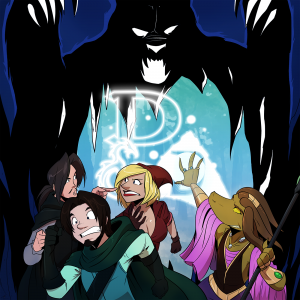 Bear with us here… things went wrong! The party escaped a monster-infested city within an inch of their lives, but not unscathed – Barty got bit. Now our lovable scamp has a beast inside him, and he’s getting hair in strange places! What’s more, Barty’s main squeeze, Princess Jalapeño has been overthrown. They’ve got to win back the kingdom against usurpers and otherworldly creatures and find a cure for their teammate.

It’s a race against the full moon as the party embarks on a quest to find a mage, a healer, a shaman – someone – ANYONE who knows anything about lycanthropy. Now, in the middle of nowhere, Jamela, Lefty, and Barty (with Black Pepper Jack in tow) are hot on the trail of a guy who might know a thing or two. They might get some answers… if the bears don’t get them first.

Download from the player above :: iTunes | Soundcloud | audioBoom | Google Play | Stitcher | RSS
Episode art by Tony Baldini | Discuss this episode on the forums