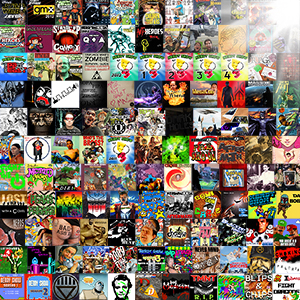 And so begins the dawn of a new era for Nerdy Show!  Perhaps you were anticipating the long-fabled Season 5?  Think again!  Nerdy Show doesn’t stop and start anymore – Nerdy Show is infinite!  Instead of starting anew we’ve added our numbered episodes together (yeah, we’ve recorded way more than 122, but whatevs!) and this episode will serve as your passport to all the cool stuff we’re cooking up.  We’re talking an all-new, daily podcast release schedule, a new homepage, a new contest, the return of 24-7 streaming nerd music… and yeah, more.

For fans of classic Nerdy Show, this episode’s for you! Join Cap, Hex, Brian, Jon, Colin and Brandon as we spend some time with two of our favorite (and long-neglected) topics: video games and sci-tech – reviewing Level 5 and Studio Ghibli’s Ni No Kuni: Wrath of the White Witch and glimpsing the future by examining Google’s new AR patents. We also interview the Ghostbusters: Resurrection crew as they gear up for their second season – discussing how they got started and what’s to come.

The future is now.