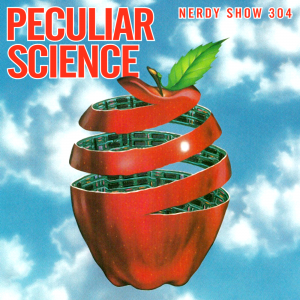 There IS such thing as a tesseract. A notion we take for granted here in the 21st century, but one that in 1962 made some waves – especially when it was the central focus of a children’s book. Madeline L’Engle’s sci-fi classic, A Wrinkle in Time, for all its hard sci-fi mixed with metaphysical fantasy, has been near-impossible to adapt in its 50+ years – but can the full weight of Disney’s special effects budget and the powers of Oprah finally make some science magic happen? We’ve got opinions! And that’s not all!

Join Cap, Trench, boR, and Jon as we discuss sci-fi anime and TV you may have already watched, odd films you might not have, and some baffling new explorations in science: VR murder in the court room, vortexes on Jupiter, and Alexa laughing manically when she hears a ghost.