State of the Empire :: Episode 19 :: The Force Awakens Review! 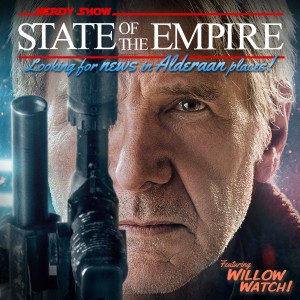 It’s hard to believe it, but we just saw Episode VII: The Force Awakens. It was a real thing that happened. Not a fever dream created by the manic, speculation-steeped state we’ve been living for the past three years, but an actual movie we sat down and watched. Thank the Maker.

Join Cap, Doug, Matt, and Rex as we unload on all our pent-up passion and provide our honest two cents on the movie. Want a spoiler-free review? Cool. Tune into the first couple minutes of this show and hear us tell you how we felt about it in the broadest strokes possible. But after that, the blast doors are open wide as we not just give our praise and criticisms, but ponder what the film implied and what’s to come in the next chapter.

The speculation of State of the Empire doesn’t end here. No, this is but the dawn of a whole new saga. 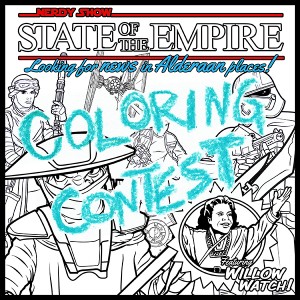 The State of the Empire Coloring Contest!