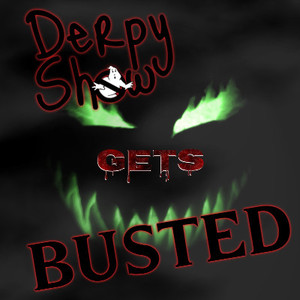 This year for Derp-O-Ween, the gang summons forth a most ghoulish host for your listening pleasure, until the Central Florida Ghostbusters kick in the door and ruin all the fun! Having no better ideas, DJ Snorlax, boR, and Neofaust invite the Ghostbusters to hang out and derp with them. Together they learn about apparition jurisdiction, the first two rules of Salty Bets, sex robots, who would win in a cyborg vs mutant war, and Pumpkin Clerics. Later, the Derpy Show crew gets their jobs taken, and then does some investigative journalism and uncovers the secret plans of the Christmas Creep. Will Neofaust form a proper joke? Can the guys understand Kanye and Kim? Find out on this spooktacular episode of Derpy Show!