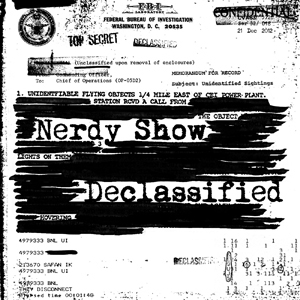 Originally recorded in late 2010, this episode was seized by the FBI and only returned to us in June of this year.

Draw the blinds, put on your tin foil helmet, and open your minds.  The truth is out there.