Long, long ago we wrote dedicated bios for three of our hero dogs: Pierre, Angela, and Kid – only to realize that without knowing more about the world they came from there were severe limitations on how much we could truly know about their backgrounds. So we set aside the task of doing bios for the three remaining Lightning Dogs and carved out the history of their homeworld. We’d planned on getting right back to writing bios, but The Wasteland had other plans.

Now, at long last, we sit down and give Dingo, Narisa, and Kane their much-deserved time in the spotlight. In this episode Doug, Tony, and Cap finish the key foundations of our core characters and give a much-needed injection of weird and whimsy back into the wasteland – including the creation of two new characters. 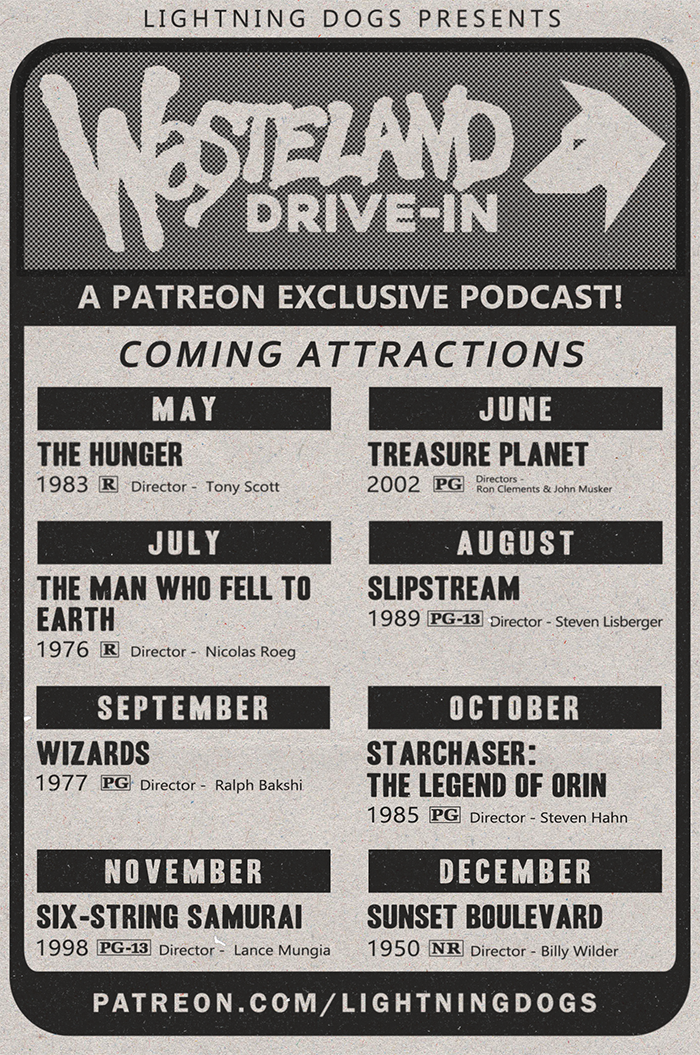