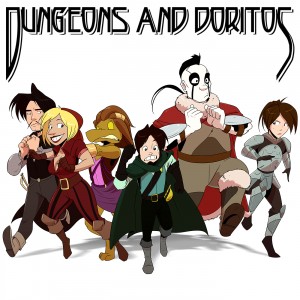 We’ve got a crisis! Doritodan has been devoured in darkness, a teammate is down, and one mad dash is just the start of our heroes’ biggest escape ever.

To say that the situation is hairy would be a massive understatement. With one of the party bitten and bloodied by a werewolf and an army of monsters hot on their heels, the Dungeons & Doritos team has only one option: RUN! There’s no safe-haven for a party harboring a monster – not even the word of a monarch can quell fear from men’s hearts. To get out of this one, the team is going to need all their cunning, brute force, and friends in both low and high places.

Don’t tarry! Grab a bag of fine vintage chips in succulent flavors and embark with us on another perilous journey in the mythic fantasy land of Doritodonia!

Download from the player above :: Discuss this episode on the forums :: Episode art by Tony Baldini (Watch him draw it here) 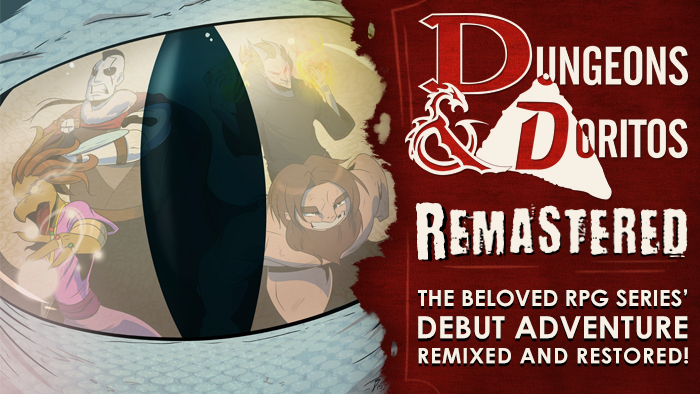