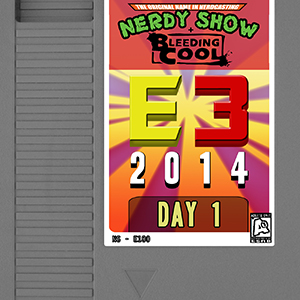 E3 has truly begun! The convention doors have been thrown open wide and we’ve raided the halls of valuable information and hands-on experiences.

Day 1 also marked Nintendo’s E3 Digital Event, the last of the pre-show conferences, where The Big N announced but a few of the current projects they’re working on and a number of new games. It’s a tricky time for Nintendo.  Can they survive on Mario Kart and Smash Bros. alone, or will some of their latest announcements like the Amiibo figurines and the new IP Splatoon or the TBD Zelda and Star Fox entries sustain them? We share our thoughts on Nintendo’s future and our reactions to the new games.