Flame On :: Drag is the New Spandex :: Jinkx Monsoon 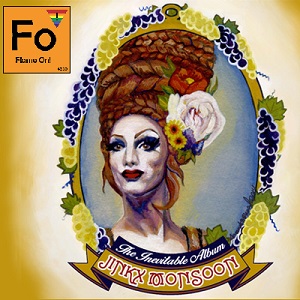 After two successful performances of her off Broadway hit, The Vaudevillians, and joining the cast of the Footlight Players for a one night only appearance, the reigning Drag Superstar of the World, Jinkx Monsoon, sat down with Pat the Talking Bear Skin Rug and Bryan the Bear in the courtyard of the Parliament House. From giving us a look into the head and heart of what makes Jinkx tick, her gay and geeky heroes, to whom she thinks will take the crown on this season of RuPaul’s Drag Race, Jinkx holds nothing back. This is an episode you won’t want to miss, hunty!