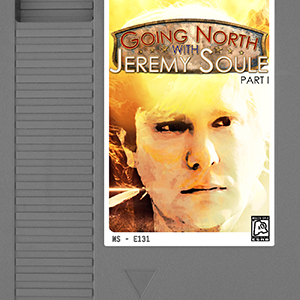 This episode of Nerdy Show has so much awesome it couldn’t be contained in one episode!

We interview video game composer, Jeremy Soule. You know, the guy behind the score for Skyrim, Oblivion, Morrowind, Guild Wars 2, Secret of Evermore, Baldur’s Gate… the list goes on. He’s been called the John Williams of game music, and now he’s making history with the world’s first crowd-funded symphony and his first large-scale personal project: The Northerner. Join Cap, Brandon, Tony, and Doug as they discover the secret origins of Jeremy Soule’s musical powers, share marching band stories, find out how collective consciousness is aiding in The Northerner‘s composition, and more!

We also review the much-anticipated Bioshock Infinite. In this spoiler-free review, find out how this game meets the hype, where it falls short, and what it could mean for the future of story-driven gameplay.  Listen to Part 2 with the second half of our interview with Jeremy Soule and our post-game thoughts of Bioshock Infinite – right here.