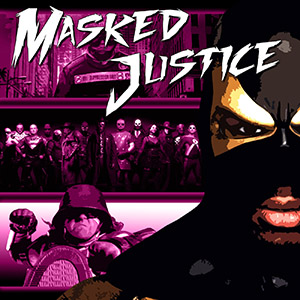 For decades masked heroes have taken the law into their own hands – but only on comic pages.  However, in recent times the lines between fiction and reality have blurred, and indeed a few courageous souls have heeded the call to action.  The Real Life Superhero Movement is a very real thing.  All over North America, people are putting on costumes and fighting for what’s right. Some fight for social causes and some do in fact fight crime like their comic book counterparts.

Nerdy Show listeners asked us to tackle the topic of “Real Life Superheroes and Vigilantes”, and tackle it we did.  There’s an important distinction between the two.  We speak with two Real Life Heroes who take the fight to the streets, the infamous Phoenix Jones of Seattle and one of the founders of the scene, Orlando’s own Master Legend as well as two members of the Skiffytown League of Heroes, and the surly Pittsburgh Batman.   We also interview comics legend, Bob Burden – creator of Flaming Carrot and Mysterymen – the man who founded the concept of the blue-collar superhero! Join Cap, Hex, Brandon, and Jon as we look at heroes and vigilantes through history and ponder what gear we’d suit up with out on patrol.