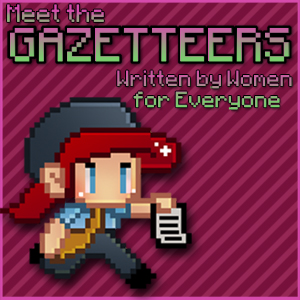 There’s a new articles series launching at Nerdy Show, The Gazetteers! They’re an all-girl crew of nerds from every port of call – they’re artists, engineers, and writers with a genuine passion for what is going on in nerd culture. Their first article has just debuted, but we figured you’d want to get to know them, in fact, you might know some of them already.  Join Cap as he chats with Kristin, Jessica, and Kay (Kaymonstar to you Failcraft fans) about their love of all things nerdy, secret origins, The Legend of Kora, and plans for future articles.  (Meet the other currently active Gazetteer, Laura, in our microsode on The Amazing Spider-Man).

The Gazetteers aren’t about gender-bias; they’re about sharing themselves, their fan love, their ideas and opinions, and writing about the nerd world as they see it. We hope you’ll enjoy meeting the team. Be on the look-out for their articles twice a month!