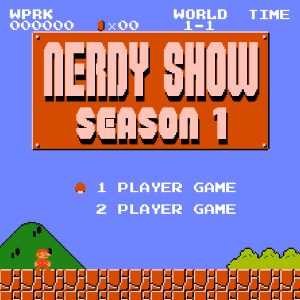 Season 1 of Nerdy Show is shrouded in mystery.  Some say it was a radio show on WPRK 91.5 that aired Wednesday nights and streamed on the Internet.  Some claim that it’s only a Navajo legend.  Whatever the case, from February 2009 until July that same year Hex, Triforce Mike, and Cap set flame to the kindling that would become the bonfire NERDY SHOW!  (With a certain Mr. Clevinger appearing on occasion).  Interviews with Freezepop, The Protomen, live performances by Marc With a C and Shael Riley… Season 1 holds many treasures, but most have been lost in the mists of time.

The wizard, Galdap is using all his arcane magicks to conjure these recordings from beyond the veil, but they only come in bits and echoes.  We’ll post these findings as they become available.

Get all past and future episodes by subscribing to us on iTunes!