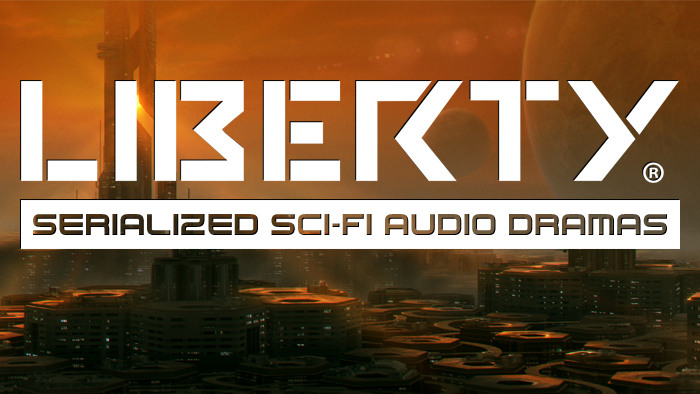 Liberty audio dramas were published via The Nerdy Show Network from 2015-2017. The saga of Atrius and The Fringe continues in all-new series at LibertyEndures.com

For hundreds of years the colony of Atrius has been cut off from humanity and endured generations of civil war. What remains is a gleaming city and beyond its walls, a lawless expanse known as the Fringe. New episodes every other Tuesday!

Listen to the latest Liberty Podcasts

Embark on a dangerous expedition into the unknown.

To discover more about this looming threat of the Fringe and study its violent inhabitants, an expedition team is assigned by a covert government department. No training could possibly prepare the team for what’s to come.

Liberty: Critical Research is voiced by a full cast with immersive sound effects and ambiance. Travel alongside Dr. Kovski, a Citizen pulled from the field of theoretical Fringe studies to lead the expedition – with no promise of return. Any sacrifice must be made to ensure the ultimate goal: that Atrius Endures!

Liberty: Tales From The Tower

As the world of Atrius grows so do its myths, legends, and terrors! Join the Citizens of Atrius for their indulgence into the horrors that lurk in the shadows. Every episode brings a new story to discomfort your mind in the dark depths of the night.

Join your host for this nighttime broadcast and hope that the Archon watches over you.