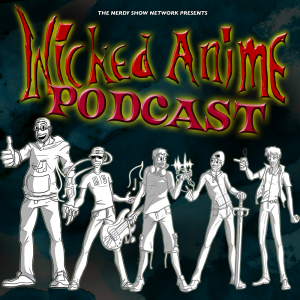 If you’re like some of us in Wicked Anime, you may have forgotten that there is a whole new season of anime that you should be watching!  The Spring 2020 season of anime is well underway and we’re here to review some of the shows that have been (and have NOT been) running recently.  For those shows we have not gotten to watch due to delays, we’re writing our own anime to premiere and you’ll only get to hear about it on this week’s episode!

Join JonStar, AFLM, Evan, Derek, and Greg as they talk about what’s happening in anime and the anime that they just made up!  PLUS – Casting Saitama, Aliens in the UN, and saying Kakushigoto three times fast!