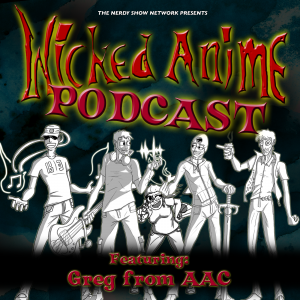 It has been 20 years since one of Wicked Anime’s favorite shows made its presence known to the anime scene. Gainax and Production IG gave us FLCL, absolutely one of the strangest shows the world has ever seen! Now, we have been blessed with the presence of a sequel, FLCL: Progressive, running on Adult Swim right now and a third series on the way later this year. Is it going to hold up? Listen to Wicked Anime’s speculation and find out!

Join Jonstar, Andrew, Evan, Victoria and Greg as they talk about what’s happening in anime and some hockey! PLUS – Studio Bones made everything, expensive melons, and saying four-letter words!