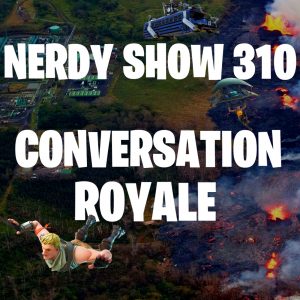 Sometimes Brandon gets angry and unleashes his rage on the unsuspecting masses. Does he need to be on meds? We certainly think so!

Join Cap, Bor, Brandon and Jon as they discuss the inadequacies of E3 before it even happens and the current trend of seemingly endless “Battle Royale” style games popping up everywhere. Oh, but there’s so much more! Come follow us down the volcano hole of horrible terminology as we struggle to create better names for horrible ways to die. In this episode, we take 99 don’t give a humps and toss them right out the bus for your ever shrinking attention span. This is going to be one swirling storm that your ADD just won’t be able to handle!