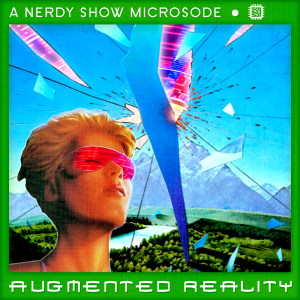 Throughout Nerdy Show‘s entire nine year existence we’ve heralded and cautioned about the oncoming world of augmented reality – That one day the virtual world would explode out from your devices and exist forever in your field of vision atop the world as we know it. Soon you won’t even need a phone. What comes next will be wearable.

Join Cap, Jon, and Lightning Dogs‘ Max Acree as they go beyond the parlor tricks of Pokémon Go and into hands-on experiences with Microsoft Hololens’ “mixed reality” workspace. We discuss where the tech is now and where it’ll be in the very near future; for better or for worse. Along the way we’ll also give some much needed props to forward-thinking anime, look back on mistakes of the 90s, and the likelihood of NPCs IRL.