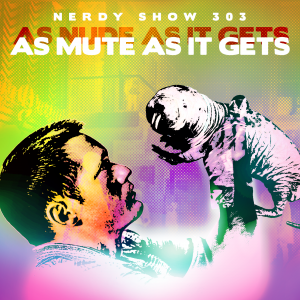 Time to get serious folks. Sometimes a single piece of pop culture sweeps in and sidelines an entire discussion – brushing aside all the idle chatter of the latest video game whatnot, ill-advised parody erotica, and dreams of a virtual future where theme park rides never die. Yeah, that stuff is here too. But mostly in this episode we talk about Duncan Jones’ sci-fi film, Mute.

Join Cap, boR, Brandon, and NeoFaust as they discuss why this sidestep sequel to Moon is one of the most cyberpunk stories to make it to film. But all is not well in the neon-drenched streets of near-future Berlin: though luminaries like legendary author William Gibson love it, Mute is getting gutted in the reviews. We share spoiler-free highs and lows of the movie and take the toxic climate of online criticism to task. There might not be hacking, razorgirls, and explosions, but if you’re looking for a seedy underbelly to skulk in while wearing mirrorshades, well… this might be the film you’re looking for.