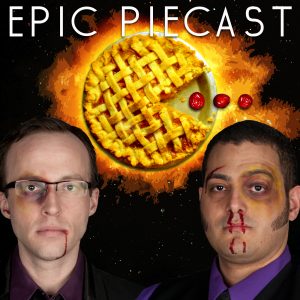 What did we do on our January vacation? Well! Nelson Lugo spent January expanding his horizons and exploring Denmark, while Schaffer the Darklord attended a WWE show and thought about death. Fun! But now that we’re back to the same ol’ nerd podcast game, the boys leap claws-first into Wakanda and share their thoughts just minutes following a screening of Black Panther.

How did Lugo find utopia in a convenience store chain? How did Schaffer get tricked into playing an RPG? How long do we have to wait for a Nakia spin-off film? Shout these questions into the abyss and brace thyself for the cold silence that responds in this month’s episode.