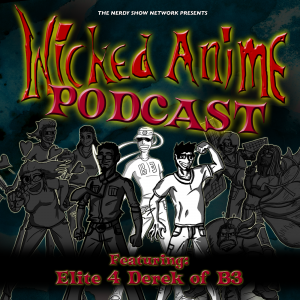 We #ChristmasDemand you listen to this episode! In Japanese holiday tradition, we’ve ordered up some KFC and talk about good, old-fashioned anime. Actually, the content is pretty new: we talk about some new movie trailers we’re seeing, try out some import snacks and soda, and listen to your fan #ChristmasDemands!

Join Jonstar, Evan, Derek, and Sarah as they talk about what’s happening in anime and how good their fried chicken is! PLUS – Alita’s big-ass windows, Danny DeVito in a Meowth onesie, and paper candy that tastes worse than paper!