Dungeons & Doritos :: The Root of the Problem 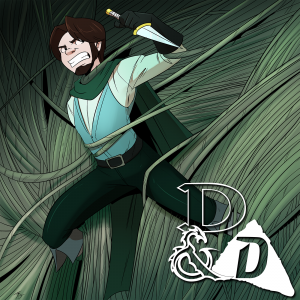 Back from the brink of death, the party finds themselves remarkably more doomed than they were before! A pack of wolves intended to lead the wounded Barty, Jamela, Lefty, and Bogo out of the Jötunnden; only to be intercepted by a god-like ruler of the woods and from there… all hell breaks loose as every freaky animal in the forest gets unleashed and even the plants do their damnedest to help our heroes to a swift demise.

Can they survive another lethal onslaught from this magical forest? And if they make it out, what high price will this fool’s errand cost?

This will be our last episode for a while, see our prior D&D bulletin for details on this unscheduled hiatus.