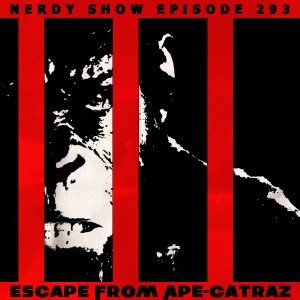 Something genuinely strange has happened friends. There was once a age where summer blockbusters were a popcorn-munching escapist’s paradise of awesome stories coupled with dazzling effects. But those days were long past, plots got dumber, and quality films became few and far between… Until now. Against all odds, summer 2017 has hit hard with stellar films. Films that are critically acclaimed, artfully crafted, and explosive in the effects department. In this episode we share our awe and wonderment with Spider-Man Homecoming and War For the Planet of the Apes. But that’s not all.

Join Cap, boR, Tony, and Brandon as we explore not only our summertime film habits, but the amazing TV we’ve seen too including the new Warren Ellis-penned Castlevania on Netflix, cartoons we’ve caught up on, and other treats from the small screen. Plus: Brandon’s Apes notes he scrawled in the darkened theatre, a few good books, and the Splatoon-fueled debate of cake vs. ice cream.