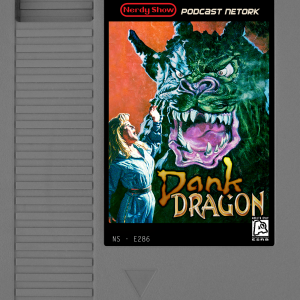 Normally we cover a wide swath of nerd subjects, but this episode is all video games. That said, the titles we’re discussing are all very different from one another – some of them are even from alternate realities!

Learn about the next level trolling and subversion of gaming conventions in the super-strange action RPG, NieR: Automata. Get lost in the Inception/ dating sim hybrid that is Persona 5. Palm your face over the poor game design choices of Quake Champions. Relive the glory of Middle Earth: Shadow of Mordor and get excited for the follow-up, Shadow of War. And last, but definitely not least, chow down on some xenomorph egg-looking Italian delicacies and imagine the wonders of non-existent video games dreamed up by a neural network.