Nerdy Show 281 :: Give Yourself a Lemony Snicket 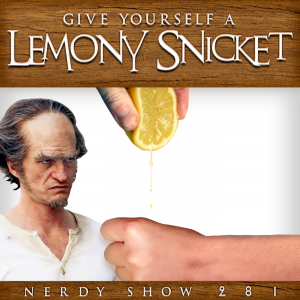 Do you feel that burning deep inside? It’s either your yearning for good times with Nerdy Show, or your playing a sinister game with Count Olaf. In this episode we’re discovering a multitude of strange things; not just what a “Lemony Snicket” really is, but the tastes of mysterious foods, the flammability of certain birds… and a bunch of opinions on pop culture, of course!

Join Cap, boR, Brandon, and Nicky as we discuss the genetic merger of human and pig, the sexy subversion of Archie’s TV return in Riverdale, a shocking team up between Square-Enix and Marvel’s Avengers, feels on Netflix’s revitalization of Lemony Snicket’s Series of Unfortunate Events, the deal with Gravity Rush 2, and even dial up Jon for another segment of Surprise Science!