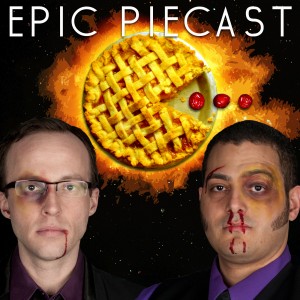 This month, Lugo and Schaffer look back on the 21st century’s worst year yet and revisit its darkest sulfur-scented lows: from celebrity deaths, to the presidential election, to everything DC Comics splattered on the big screen. But things aren’t entirely gloom & meh in studio 6C as the boys also unpack their highlights of 2016, including a giddy dissection of Rogue One: A Star Wars Story.

Will Schaffer’s sad devotion to his ancient robot buddy help him conjure up his lost data tapes? Will Lugo’s allegiance to some damn fool idealistic crusade turn him into an underworld extremist? Will 2017 suck as much as it’s prequel did? Well, that’s the thing about the future: nobody knows. Auld lang syne, loyal listener. Auld lang syne.