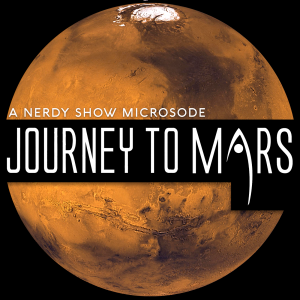 Look up in the night sky. What do you see? We’ll tell you what: a smug, red dot bastard taunting us; saying, “oy, come on you blighters. I dare you.” We don’t know why he’s cockney, but his name is Mars and clearly he’s a jerk. Challenge accepted, squire. We’ve got a cadre of national and private enterprises determined to plant some flags in your smug face.

Our journey to Mars has been a long road from the fanciful 20th century sci-fi that started it all, but the next space race is upon us and in 15 years humanity is likely to have made landfall on a new world. With SpaceX’s recent announcement of their advantageous plans for colonizing, NASA’s in-progress projects, and even the controversial Mars One project – exciting things are happening. Wait, what was that last one? Mars One? That’s the private project determined to be the first to the Red Planet that got a lot of attention (and flack) when they announced they expected to fund their Mars missions by televising the whole thing as  a reality show. That’s the listener-requested discussion that launched this episode, but we’re taking it one small step further and catching up with the latest from SpaceX and NASA too. What dangers of colonization are still unaccounted for? Does Mars One have a life after reality TV? Will public interest in space come back in full? Humans on Mars, Kyle. Humans on Mars.

Thanks to Kevin Wise for this Microsode request!