The Rogue One AT-ACT Toys Are Making Star Wars History!

Hasbro is making toy history with their line of vehicles for Rogue One: A Star Wars Story. Behold: the AT-ACT (aka All Terrain Armored Cargo Transport) as seen in the beach assault in Rogue One‘s trailer… aka a masterpiece of fusing a vehicle, a playset, and remote control features. Here it is in action:

The AT-ACTs were attached to stands for this display that held them in place, but the final toys will walk freely. They feature five buttons: one that toggles through programmable walk cycles, one that fires a nerf dart, two head movements, and one that triggers lights and sounds. These features can also be activated by cell phone – though the Hasbro rep stressed the important of the buttons so that evolving technology doesn’t make the toy obsolete. No, this is an awesome Star Wars vehicle to be treasured through the ages. It comes with three exclusive figures including an astromech and a white variant on the new Sandtrooper design and the “cargo” part of AT-ACT comes to life with the modular cargo deck that can attaches to the AT-ACT via zipline. It’s expected to retail between $280-$300.

Check out the images below for a better perspective on how all these awesome pieces fit together and for more Star Wars news, be sure to subscribe to our news and speculation podcast, State of the Empire. 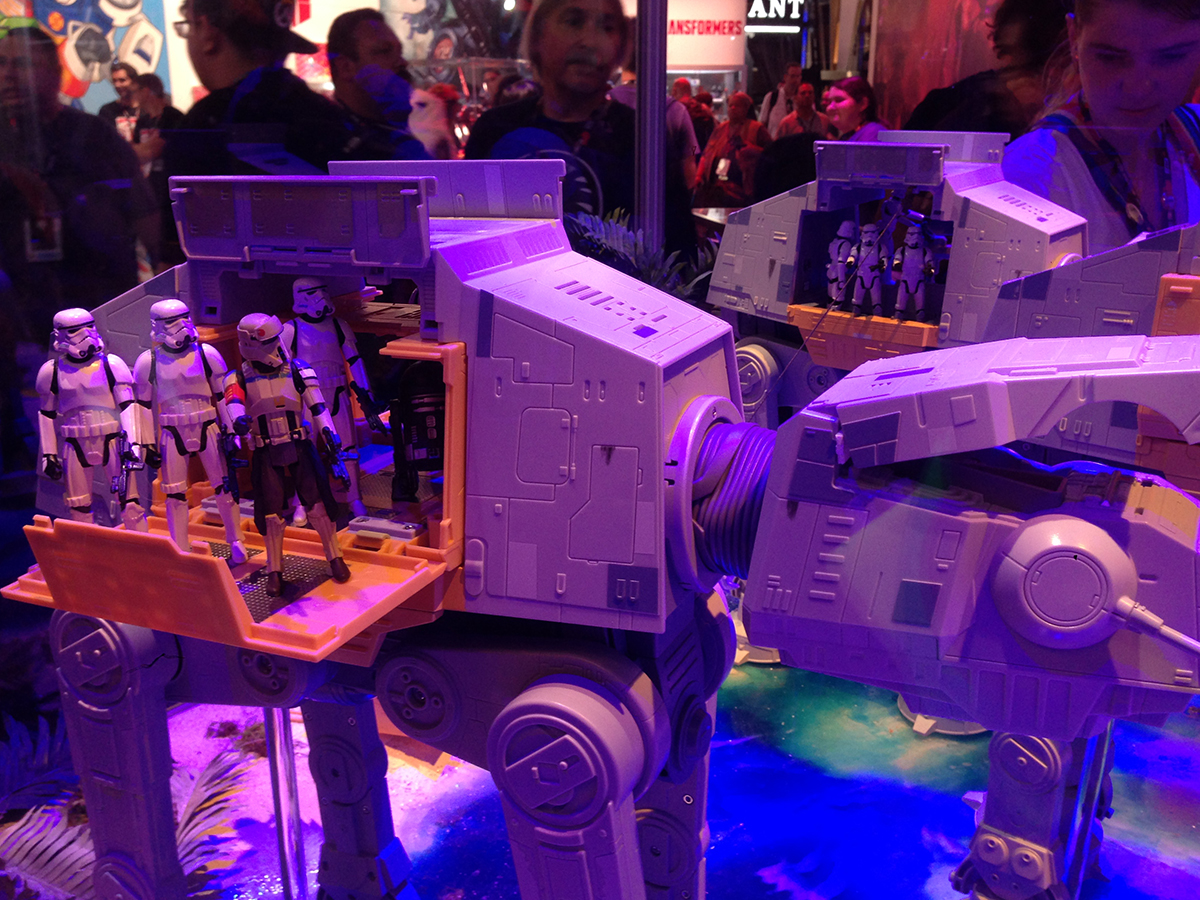 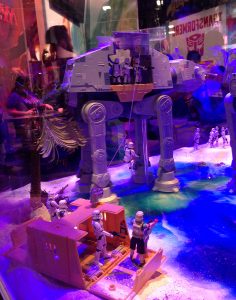 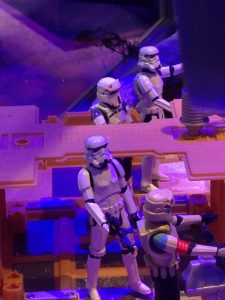 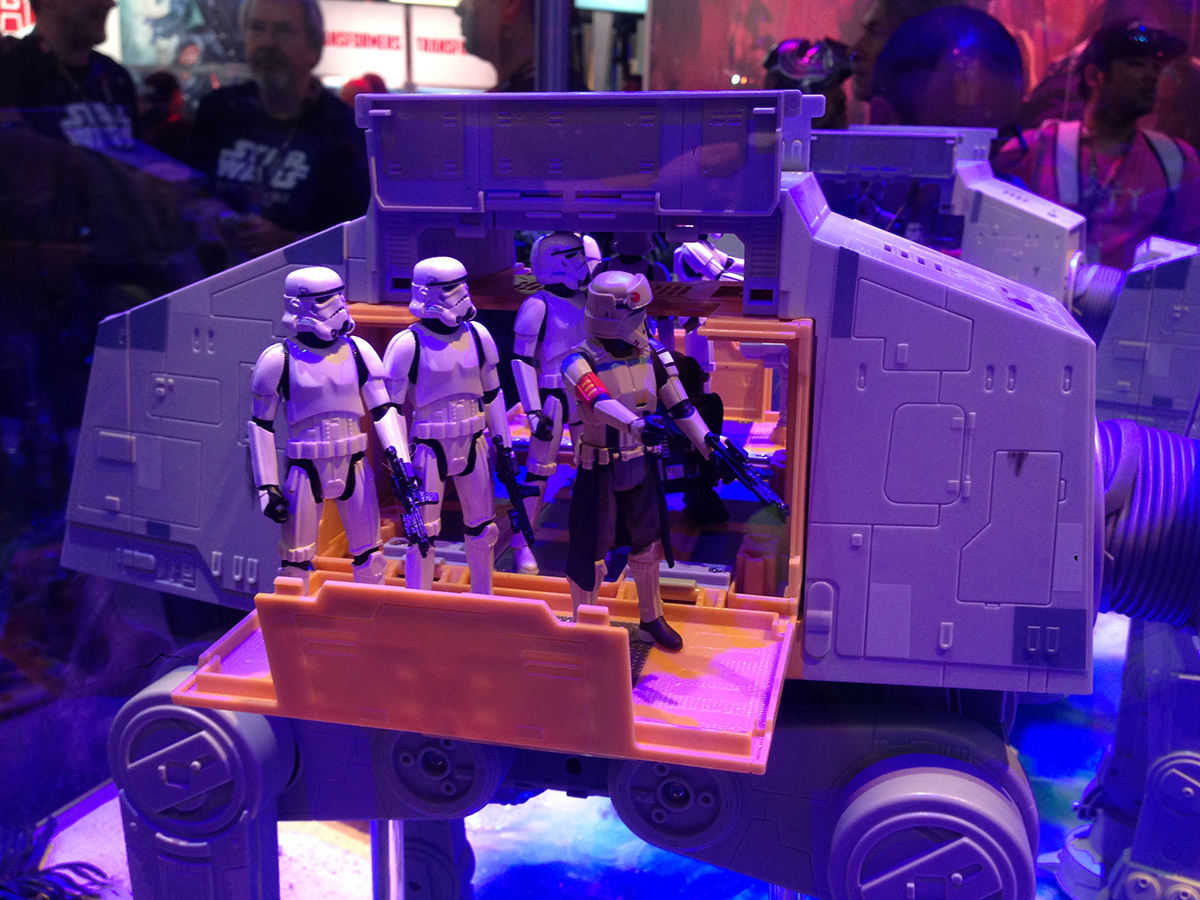 Posted in: Movies / TV State of the Empire Toys