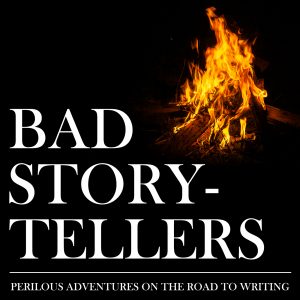 In this episode, we discuss some great documentaries, The Lost World, and the contents of a hippopotamus stomach. Liam tries a new writing exercise, Doug has more of his opening scene, and Josh workshops some exposition with the gang. Max even gives us a sneak peek into his next idea.