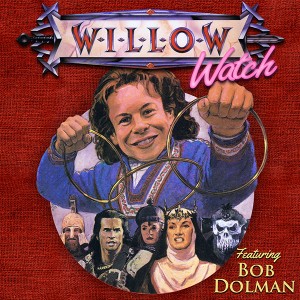 We interrupt State of the Empire‘s regularly scheduled Star Wars news and updates for a Nerdy Show event that’s been years in the making: our first full-length installment of Willow Watch and an interview Willow screenwriter Bob Dolman!

Yes, the bones have spoken. Our ongoing investigation into the 1988 Lucasfilm fantasy epic, Willow, has led us on an incredible journey. What began as a flight of fancy that we might someday see a Willow 2 from Disney has become a mad quest to track down the full story of this fantastic film and signs of what might come next. We’ve uncovered strange expanded universe secrets from novelizations and source books, dissected a long-forgotten animated series that never came to fruition, and speculated on the existence of much behind-the-scenes worldbuilding. Warwick Davis has been talking about the possibility of Willow 2 for ages, director Ron Howard recently said “never say never”, and here we are – potentially on the precipice of a new dawn for the nearly 30 year old fan favorite.

What better time for Cap, Doug, and Matt to team up with the man who wrote the world of Willow into life? For the first time ever, hear the full story of how the film came to be – from Lucas’ early outline, to a fortuitous dinner with myth master Joseph Campbell, and remarkable on-set moments. Bob’s got unprecedented insights into the creative process of working with George Lucas, tales of Nelwyn hookups, the of the infamous deleted boat sequence, and so much more. Let’s face it, without this episode you’ll dwell in darkness. Step into an incredible world of behind-the-scenes adventure: