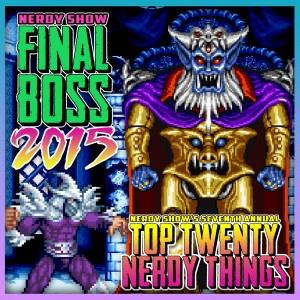 Every other week, The Nerdy Show Network’s flagship podcast unloads on the latest geek news and happenings – and in this case all the greatest geeky happenings of the year!

It’s the moment you’ve been waiting all year for: your friends at Nerdy Show have once more completed the impossible (and some argue unnecessary) task of ranking the Top 20 Nerdiest Things of the Year. Our list heralds from all facets of society: from science to game shows and pop culture to technology. We’ve run the gamut, collected a host of nerdy topics, and ranked them on a completely arbitrary and unscientific scale.

Join Cap, boR, Jon, Jess, Doug, and Brandon on a Magical Mystery Tour through the peculiar future-present landscape of this strange and amazing year. Not only do we have to distill an entire year of achievements down to 20 items and a smattering of superlatives, but we’ve only got three minutes on the timer to describe them! The clock is literally ticking as all that was 2015 comes to an explosive end. Listen in as we relive and reveal everything that made the year great. 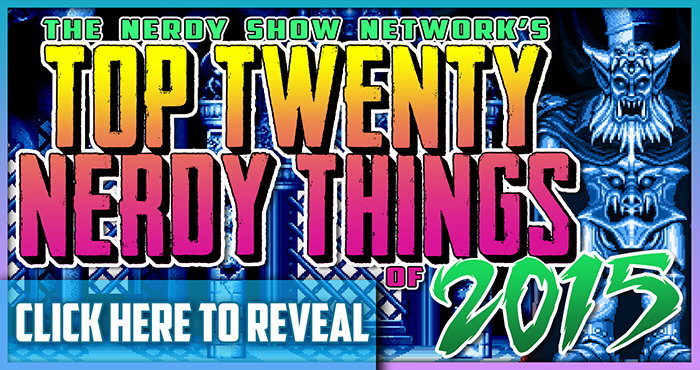