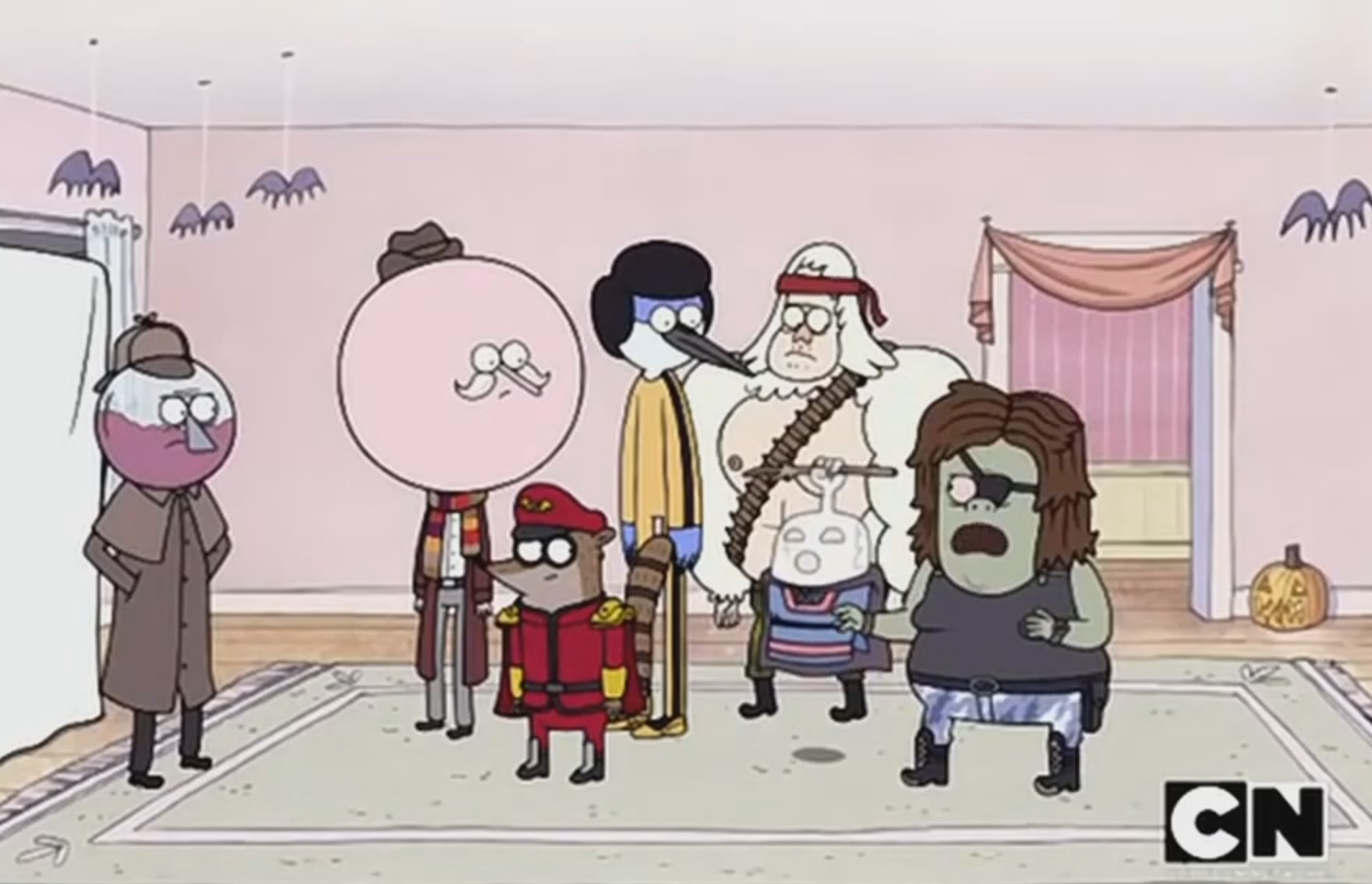 Every year, Regular Show takes part in the great Halloween tradition of spooky anthology episodes. Theirs is called “Terror Tales in the Park” and in this year’s installment the gang got done up in some eclectic nerdy costumes. Left to right we’ve got Benson as Sherlock Holmes, Pops as Tom Baker’s iteration of Doctor Who, Rigby as M. Bison from Street Fighter, Mordecai as Bruce Lee’s character… Lee from Enter the Dragon, Skips is John Rambo, High Five Ghost is Willow Ufgood, and Muscle Man is Snake Plisskin.

Let’s back that up… FIVES IS WILLOW UFGOOD.  You know, Warwick Davis’ character from the 1988 George Lucas/ Ron Howard fantasy masterpiece Willow. He’s even holding a twig as a makeshift Cherlindrea’s wand. Here’s a comparison shot:

If you follow our Star Wars speculation podcast, State of the Empire (where we “Look For News in Alderaan Places”) you’ll know that we devote a segment of every episode to Willow Watch – our on-going investigation for signs that a new Willow film is on the horizon. Along the way we’ve uncovered a wealth of information about the film and would-be franchise that suggests we might not be crazy. It’s always awesome to see more Willow love out there, and only a short while after the release of the first piece of Willow merch in ages!

It’s likewise rad to see Mark Hamill performing alongside the visage of a fellow Lucasfilm alum’s character. Hamill plays the series regular, Skips, an immortal yeti, as well as a number of background character including this episode’s central plot device: Racki the Wishmaker. The core cast weren’t the only ones in nerdy getup either.  Check out Eileen as Kiki from Kiki’s Delivery Service, Thomas as Sub-Zero from Mortal Kombat, and to rando human dudes as Wyld Stallyns’ Ted “Theodore” Logan and the obligatory Raoul Duke / Hunter S. Thompson. You can watch the episode on Cartoon Network‘s website and catch up with the series on Amazon. 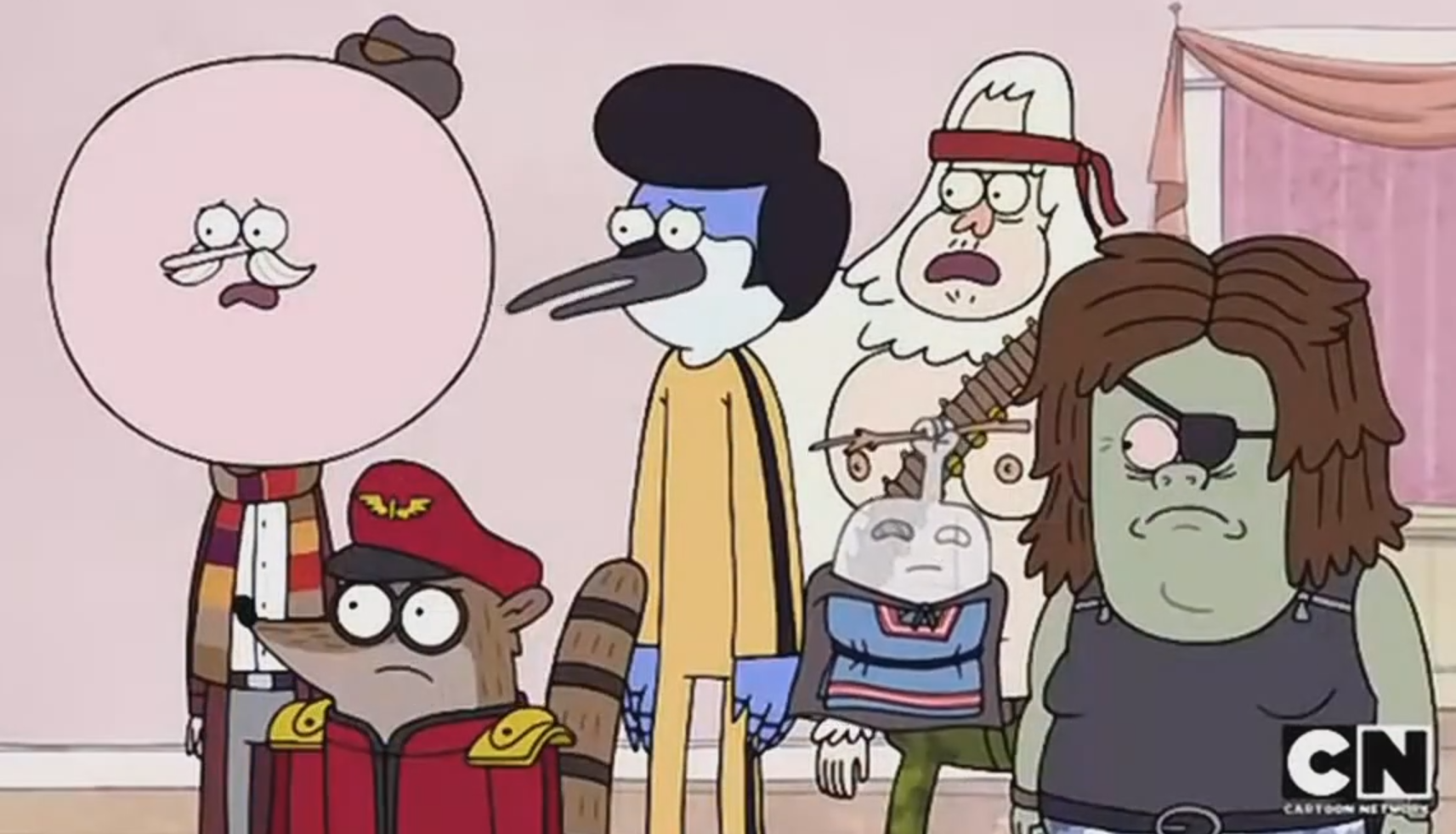 Posted in: Movies / TV State of the Empire Willow Watch