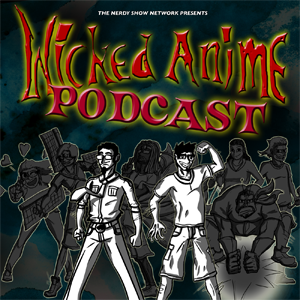 Who would win in a fight: American kids shows or Japanese kid shows? Children’s programming was at it’s peak when we were all growing up in the 90.! We had swords, lasers, and . . . educational moral lessons. We got to watch kids shows from Japan too! Though we might not have known it to start out and it might not have originally been intended as a kids show. In this episode we discuss all of that but also…

We speak with two of the most prominent voices of our childhoods: Sean Schemmel and Christopher Sabat! Better known as Goku and Vegeta, from Dragon Ball Z! We discuss the latest with them and the upcoming movie: Dragon Ball Z: Resurrection ‘F’!

Join Jonathan, Andrew, Sean, and Chris as we jabber on what’s happening in anime and what the kids are watching, yo! PLUS – Hypocritical Pirates, sexy muscle fish, and Peabody and Mr. Sherman!