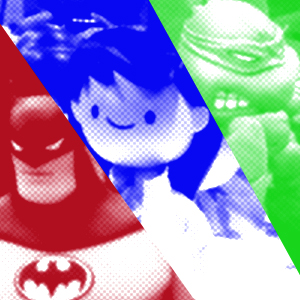 There’s always a million things happening in every corner of pop culture at SDCC, but one of the most consistently exciting things shown off are the latest action figures. This photoblog doesn’t even begin to scratch the surface of the full gamut of what was show at the show, but for our money these were among the most awesome action figures at San Diego Comic Con. (Notably excluded from this list is Hasbro’s Elite TIE Fighter for their Star Wars Black Series – that incredible piece of plastic was so cool it got its own article.)

These debuted at last year’s SDCC but since then the roster has expanded and is including not just the most complete collection of characters from the series, but the insanely detailed scale Batmobile. Unfortunately the release of many of these waves has suffered complications and delays due to the figures’ tiny ankles and joints cracking. The good news is that they’re now being produced in much stronger materials and ought to stay on schedule from here on out. (Fingers crossed we get to see Bullock, Montoya, and Alfred before this crazy ride is done.) You can order/pre-order the figures here. 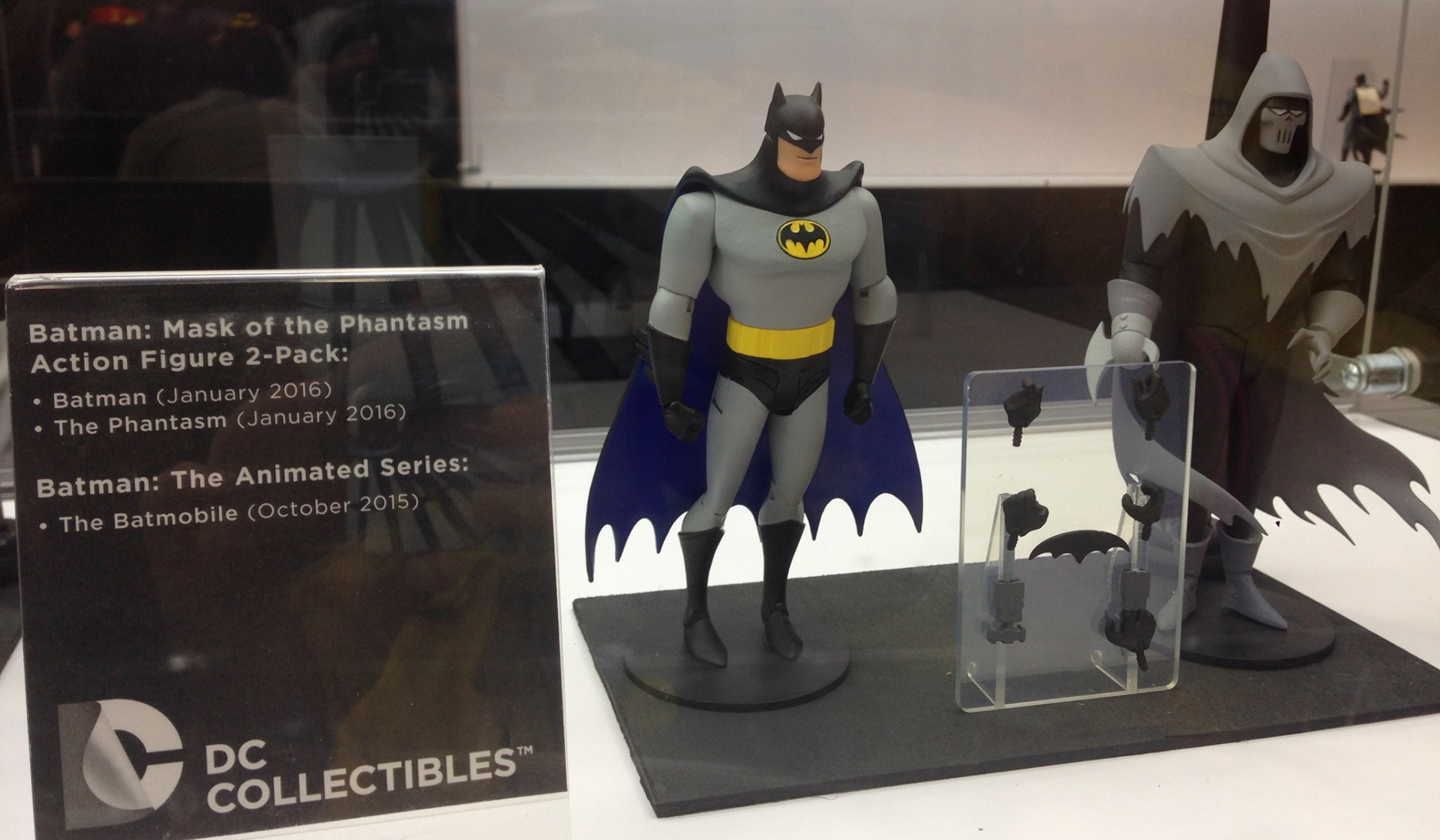 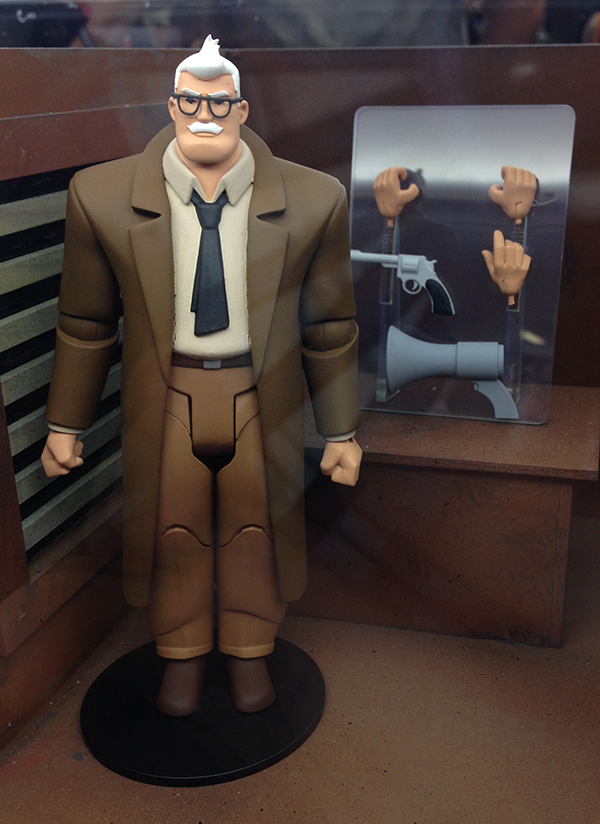 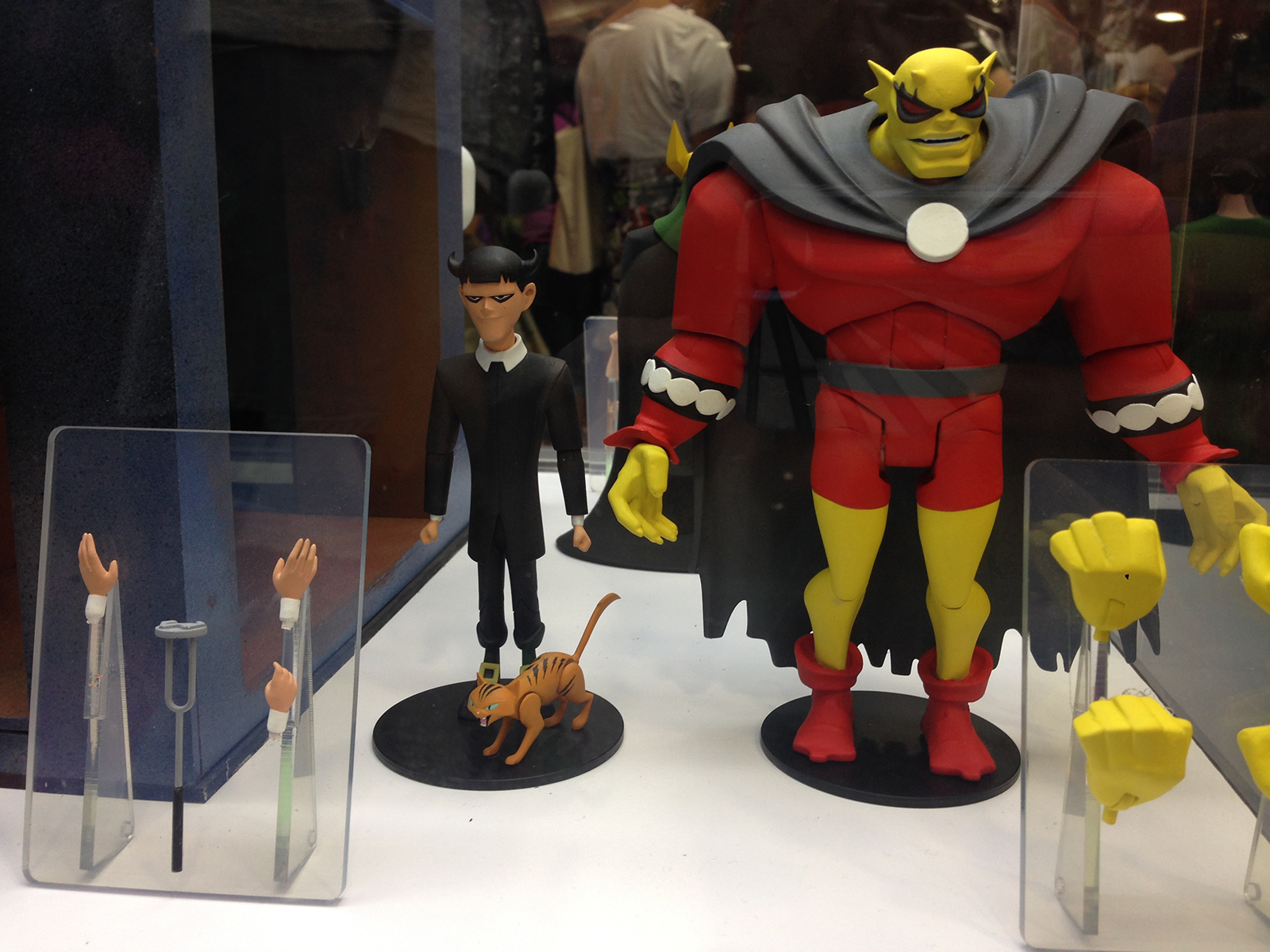 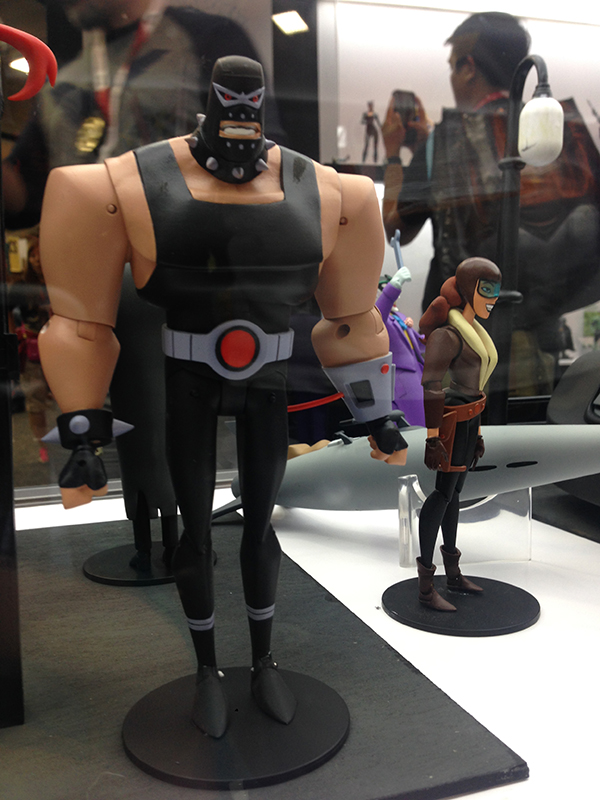 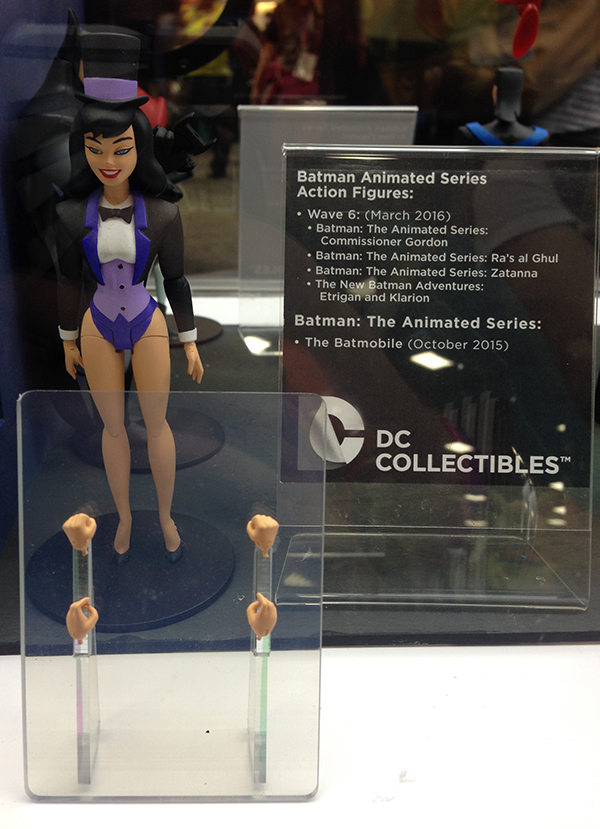 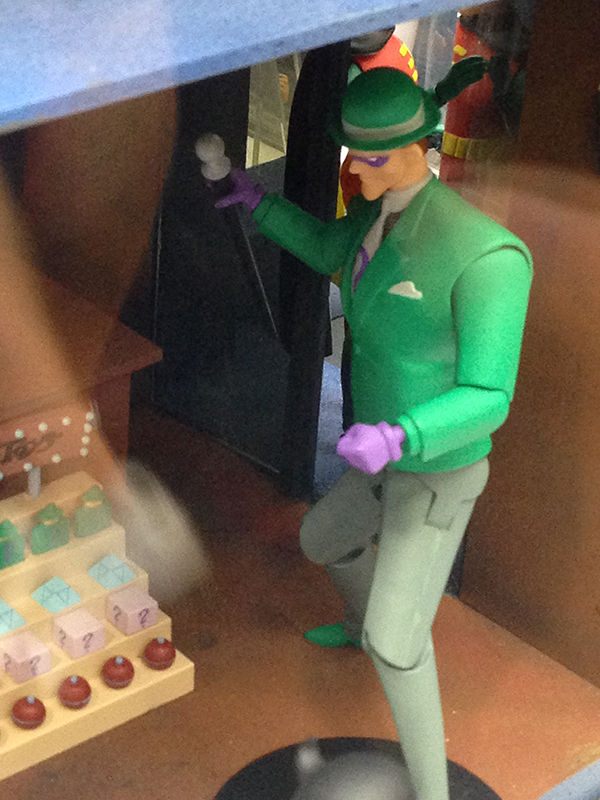 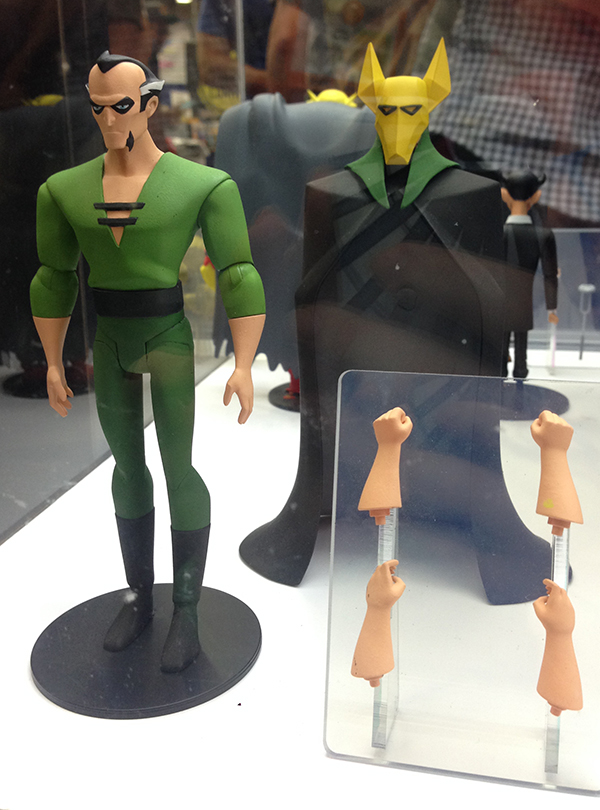 And be sure to check out this totally rad 90s-style commercial for the figures featuring some surprise guests:

Ashely Wood’s 3A toys are taking on the two most popular Frederator web series: Pen Ward’s Bravest Warriors and Natasha Alighieri’s Bee & Puppycat. All these figures are 1/6th scale their 2D models and feature awesome posability and cloth clothing. Important note: The set also features Bugcat, Catbug’s evil brother – emphasizing the continued validity of the Bravest Warriors comics, which he hails from. You can order Chris and Beth here. 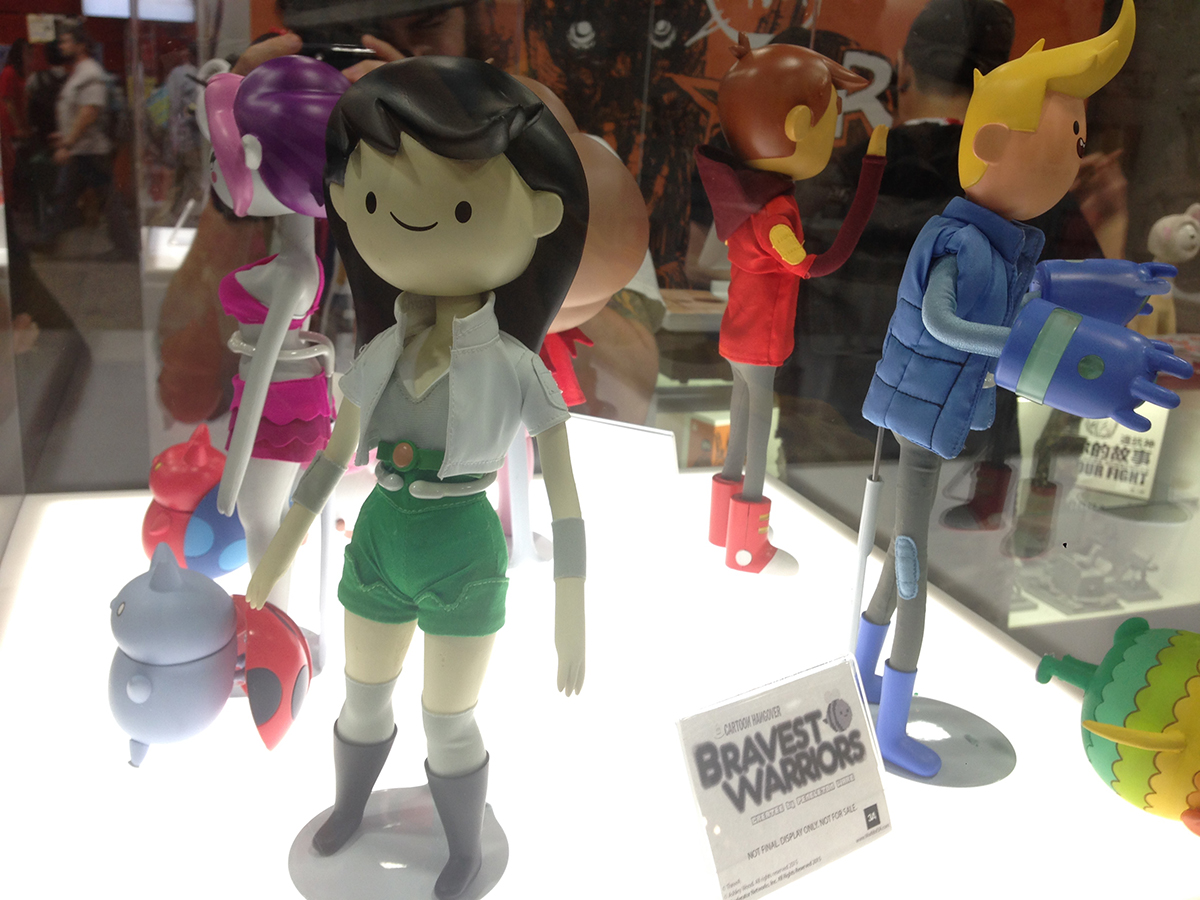 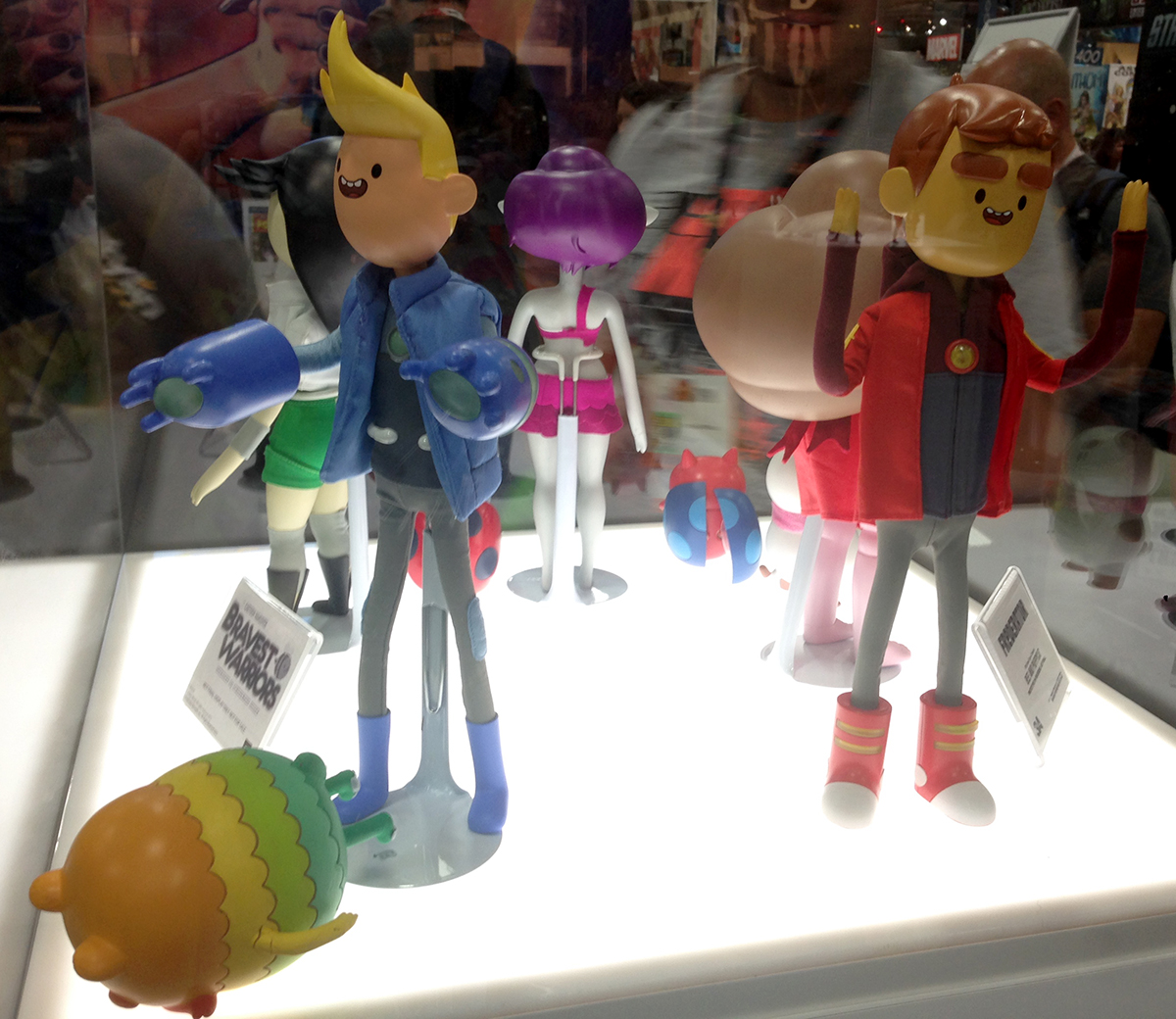 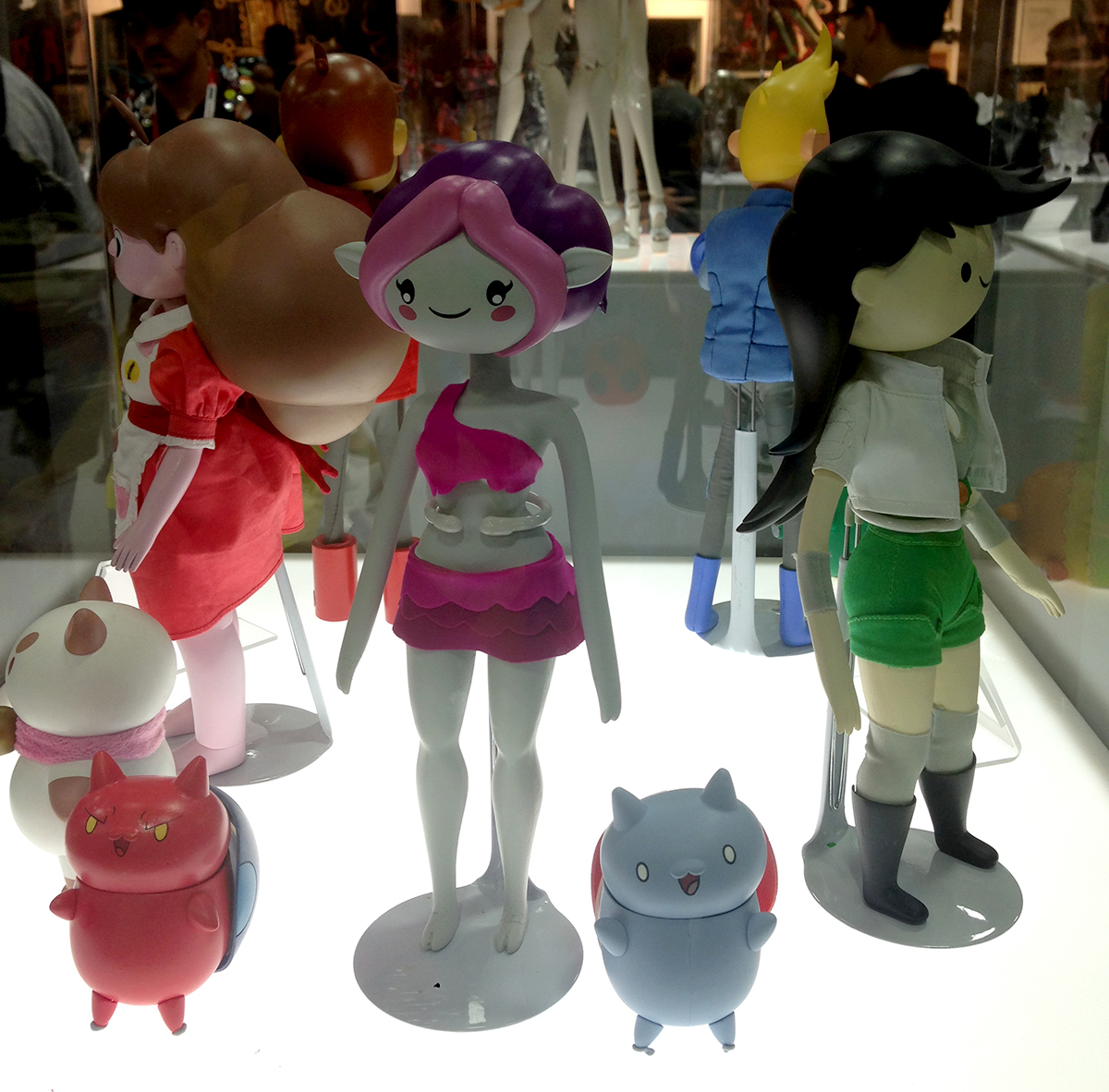 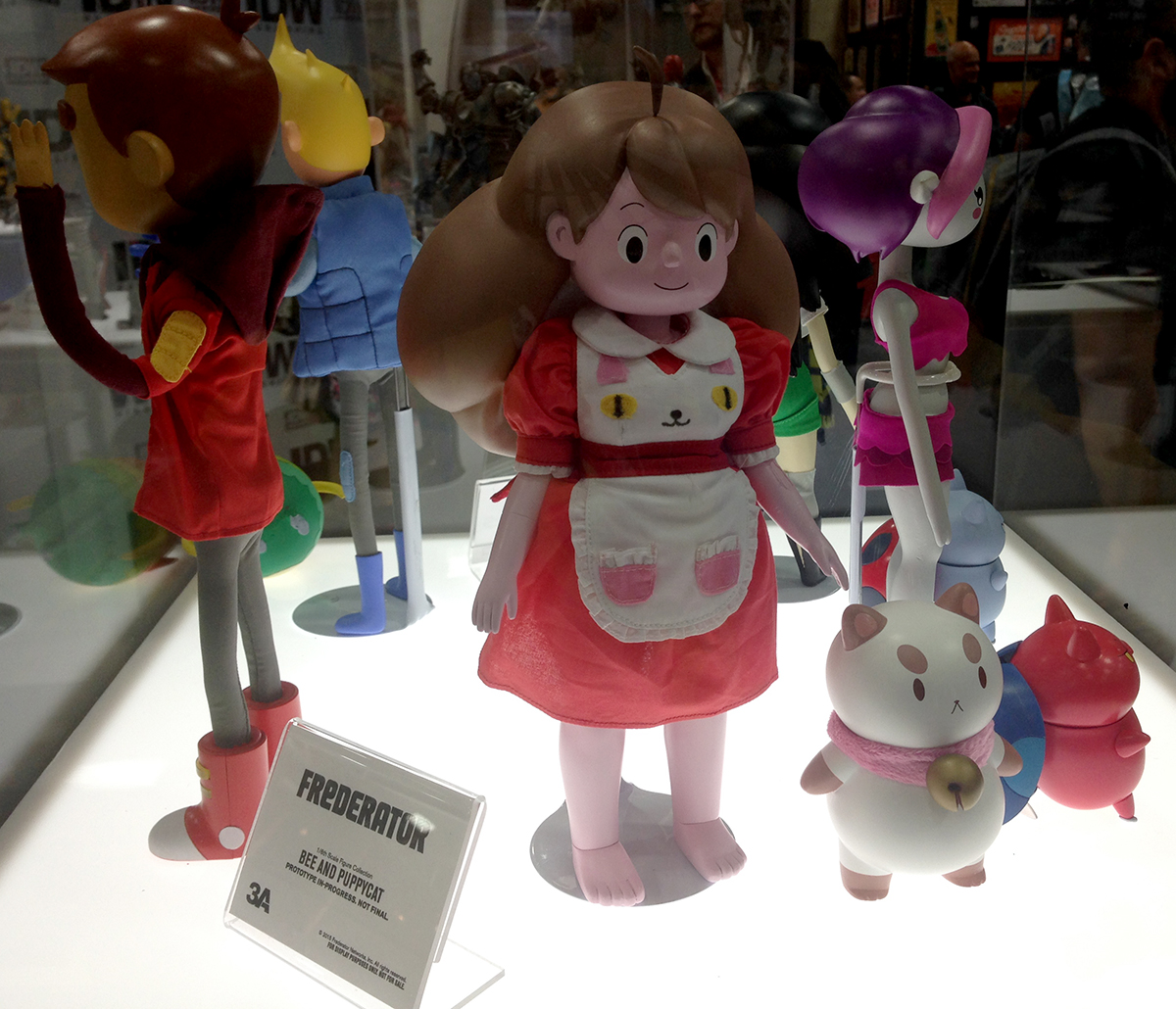 There’s been varying degrees of “comic-accurate” turtles in the past, but nothing measures up to the forthcoming 1/6th scale TMNT figures from Mondo. The company is known far and wide for their premium, art house content such as incredible poster prints ffeaturing unique art for both modern films and classics. They’ve been likewise making a name for themselves with figures including the first 3D rendering of Kevin Eastman’s famous first turtle sketch. These new figures are a whole other level and feature a ton of issue-specific accessories, scale Mousers you can pick up to torment the Turtles, and even swappable heads for fans who prefer their ninja teens color coded. When they’re available for pre-order you’ll find them here. 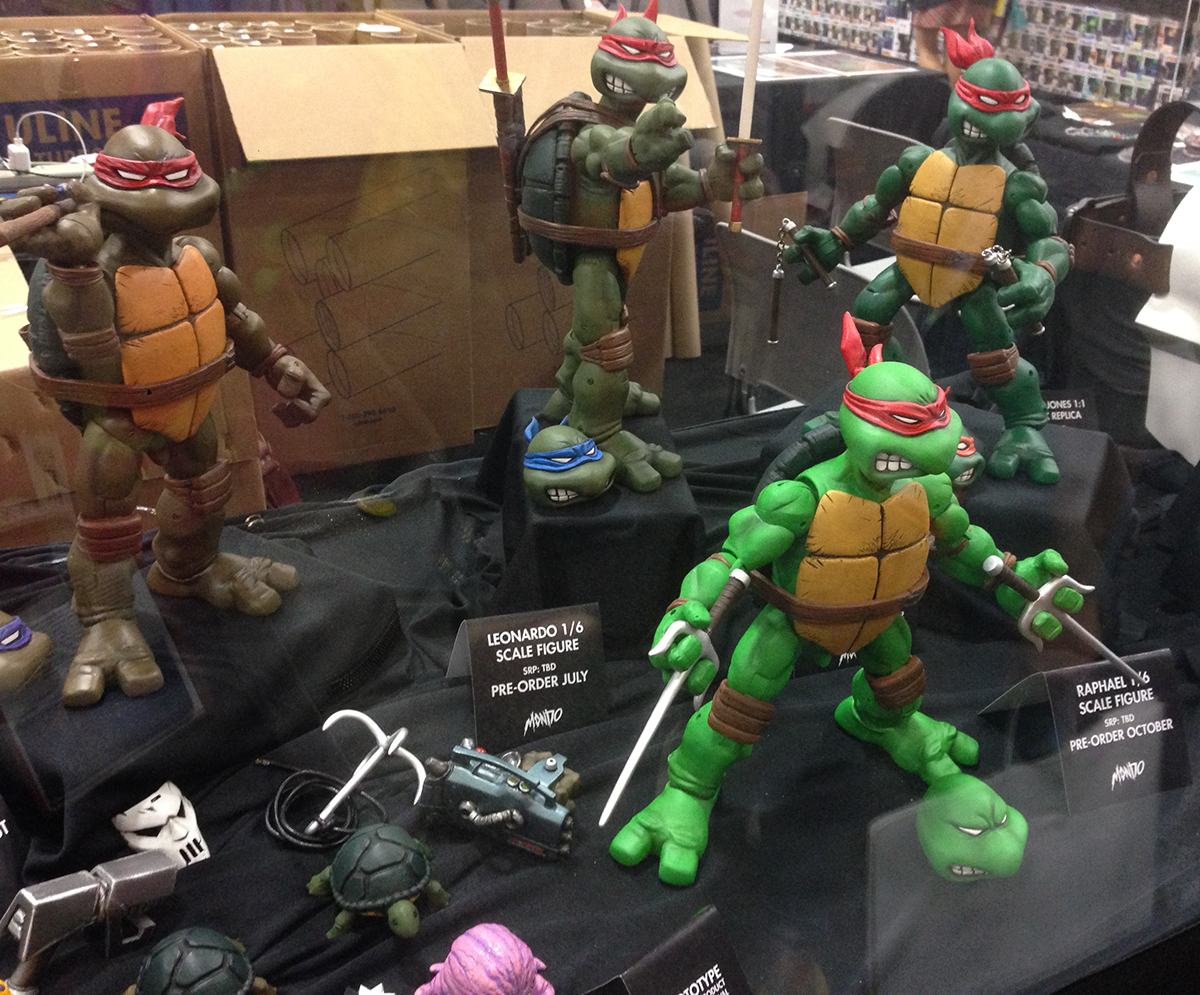 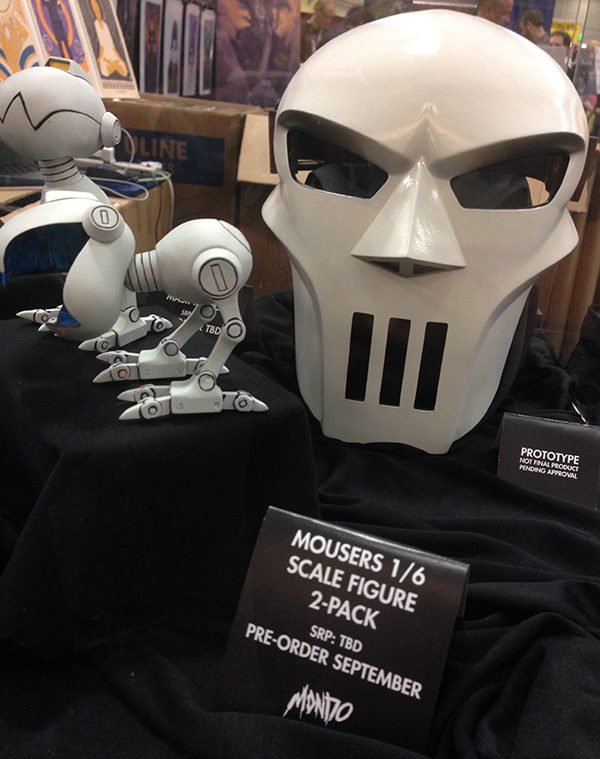 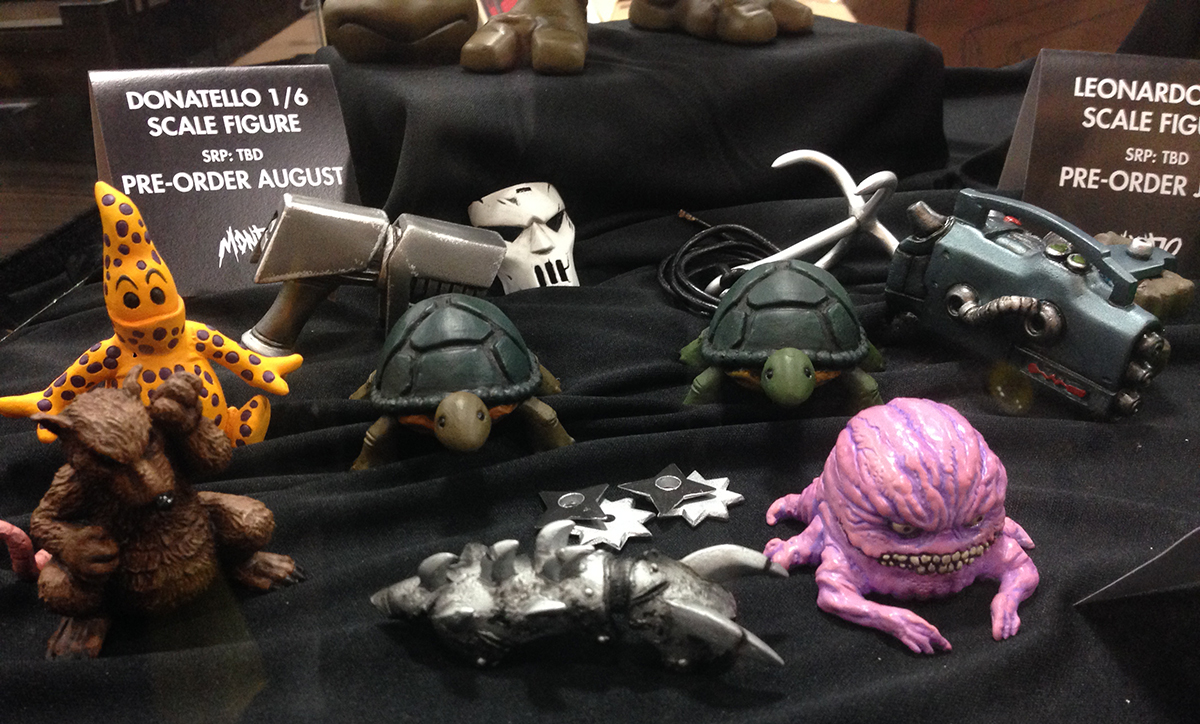