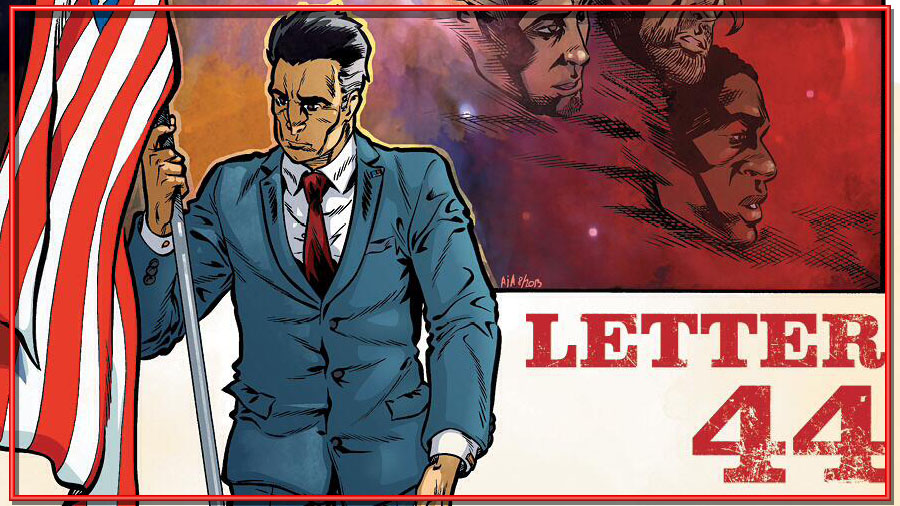 Imagine if House of Cards made beautiful love-babies with Independence Day. That’s right: Cold-hearted political schemes intermingling with the threat of alien invasion. Welcome to the troubled and awesome world of Charles Soule’s Letter 44.

The graphic novel opens with newly inaugurated president, Stephen Henry Blades, receiving a letter from outgoing president Francis T. Carroll. In this letter, President Carroll defends going to war in the Middle East, stating it was a means to increase military size and strength in preparation for a greater threat. This threat is from a mysterious extraterrestrial race, currently building an unknown object in the asteroid belt between Mars and Jupiter. They’ve been there for seven years, have yet to make contact, and NASA is still unsure about their intentions.

To learn more, NASA launched a secret mission with five scientists and four military personnel to study the alien technology. They built the ship, the Clarke, in orbit and sent the astronauts to the asteroid belt from there. After three years in transit, the crew is about to arrive at the site as Blades prepares to be sworn in.

But these scientists also have a secret. Facing years alone in space, the crew adopted a democratic, polyamorous lifestyle: each crew member holds an equal vote in major ship decisions and any person may fornicate with another, free of judgement and jealousy from others. It’s an incredibly practical approach to life aboard a cramped starship on a long voyage; however, the results of these actions may have consequences graver than they imagined… 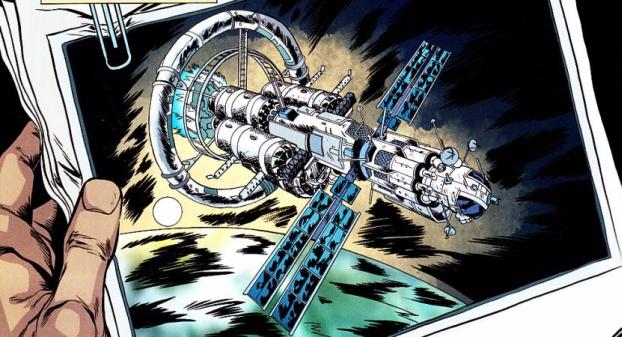 Letter 44 is one of the most compelling sci-fi series I’ve picked up in awhile. (I was severely burned after The Martian.) Author Charles Soule weaves an incredibly compelling and believable story, made more relatable by it’s spin on America’s own political history. If, for example, Bush was using war as a front to boost military R&D budgets while actually developing technologies to combat an alien threat… it would make a hell of a lot more sense than what actually happened.

Alberto Alburquerque’s art, however, leaves a little to be desired. While not bad, it doesn’t do much to enhance the story, falling flat when it comes to facial expressions and mannerisms. Where Alburquerque shines, however, is in his backgrounds and mechanical drawings.

Volumes 1 & 2 of this epic tale include the first twelve issues of the series (minus two special feature issues). The end of each volume leaves you craving more as you navigate a world where scientific discovery clashes against the B.S. that is Washington politics. It’s a tale we know too well here in the “real world,” making the fictional landscape all the more compelling.

You don’t have to take my word for it. Preview the series by reading issue one online here, or go all-in and purchase volume 1 & volume 2 on Amazon.

UPDATE: Issue #15 hits stands tomorrow, marking the start of the third arc. Pick that up too!