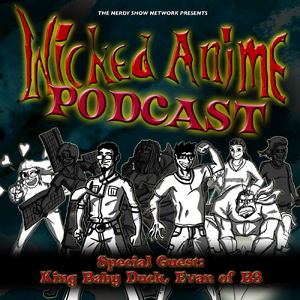 Another year, another month where we talk about the very special things that specifically happen at conventions! That’s right, Wicked Anime‘s Con Month is upon us! We’re hitting PAX East, Anime Boston, MegaCon, Conneticon, Anime Festival Orlando and more!  So many cons!

This episode, we’re talking about the very best, very worst, and the very awkward folks we’ve met at conventions! Join Jonathan, Andrew, Sean, Victoria, Christine and Evan of B3 as they talk about what’s happening in anime and the people they’ve met along the way! PLUS – Samurai Star Wars, shallow love surveys, and teaming up with Power Rangers IRL, yo!