Comic Books… I Read Them – Week of October 1st

Action Comics #35 :: Great story coming right off the aftermath of the “Doomed” storyline. A really nice introspective issue where Clark Kent starts to wonder if Superman is more menace than hero. BUY IT 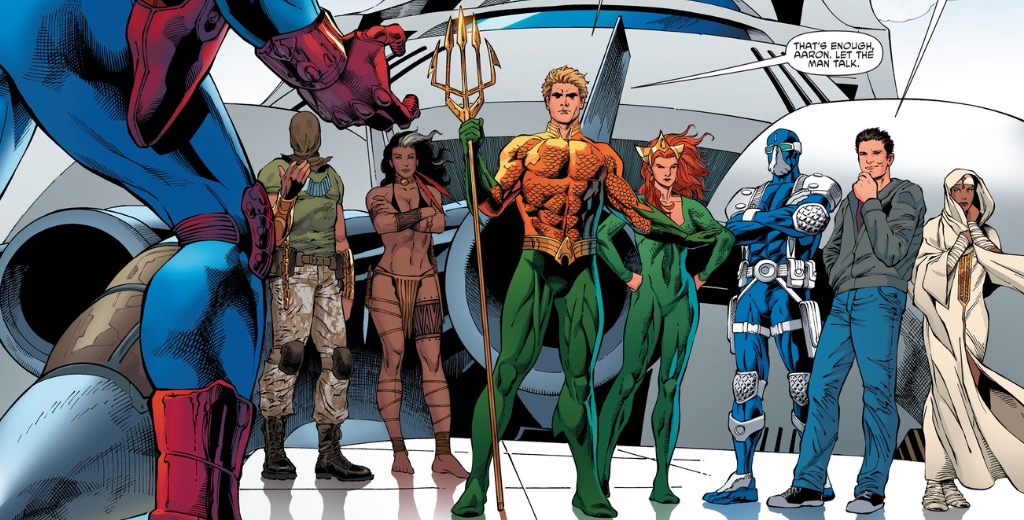 Aquaman and the Others #6 :: A rather dull issue. Not much going on, and it’s mostly filler where every character of the team has to explain their powers to whomever they’re speaking to. However, it does pick up in the last couple of pages and we get to see an old villain introduced into New 52 continuity. BORROW IT 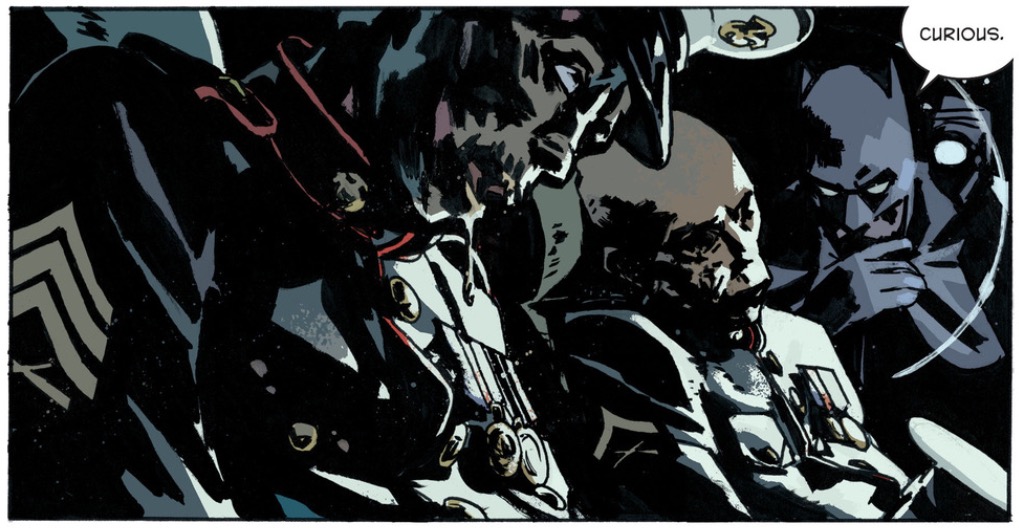 Detective Comics #35 :: This seems odd. The story is great! Our dear Dark Knight investigates a mass murder with a compelling mystery behind it. The problem I have is that the issue seems short. By the time the mystery got going, part one of the story ends! BUT IT

Gotham Academy #1 ::  I like this, but there’s not much going on. So far we have a lot of world building and character set up – there’s not even much in the way of exposition. But I do love having a window into another aspect of Gotham. Karl Kerschl art is incredible – beautiful lines! BUY IT

Grayson #3 :: This issue is a hell of a roller coaster… And I mean that in a good way. Grayson struggles to get the job done and catches all kinds of heat for wanting to do it his way. There’s even a lovely if not-too-subtle bit of social commentary. BUY IT

Green Arrow #35 :: This issue of Green Arrow begins a transition to be more in sync with its TV show counterpart, and I couldn’t be happier. Some great guest appearances and even a unique character intro/cliffhanger. BUY IT

Justice League #34 :: I like this a lot! So much good stuff here. Luthor is getting prepped for induction into the League. Captain Cold is now good. Or is he? So many levels… So many double crosses! BUY IT

Lobo #1 :: This issue starts with a bang a wastes no time in getting right to the action. I’ve never been much of a Lobo fan but if this book makes good on the promises of this issue, then I think I just added a new comic book to my ever-growing must-read list. BUY IT

Swamp Thing #35 :: This issue introduces a brand new realm, and it is awesome. We meet a new representative offering a very tempting proposal, and the ramifications of Holland’s choices limit him in this new possible crisis. BUY IT 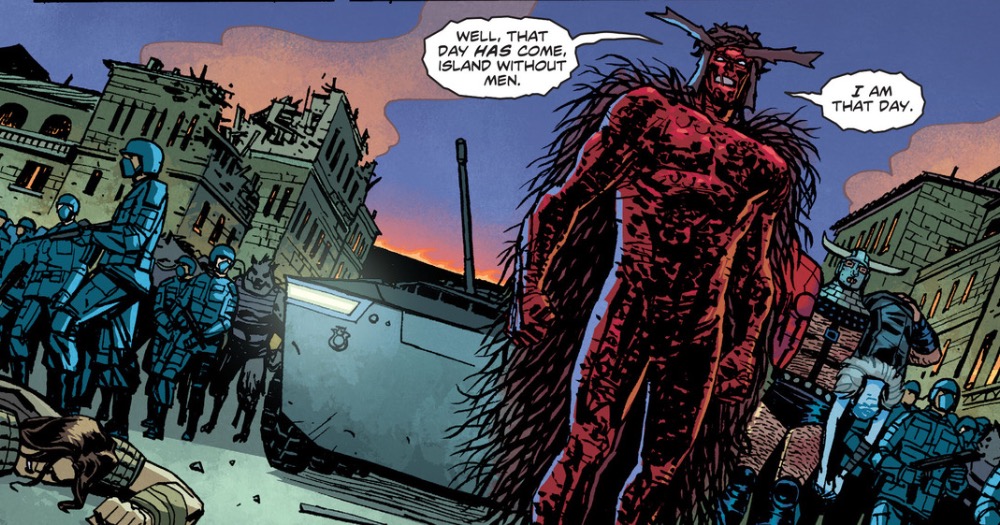 Wonder Woman #34 :: The all out war for Olympus still wages on. The First Born seems unstoppable and Wonder Woman is down for the count. In this issue we see her supporting cast step up and risk everything to save all. Great issue! BUY IT 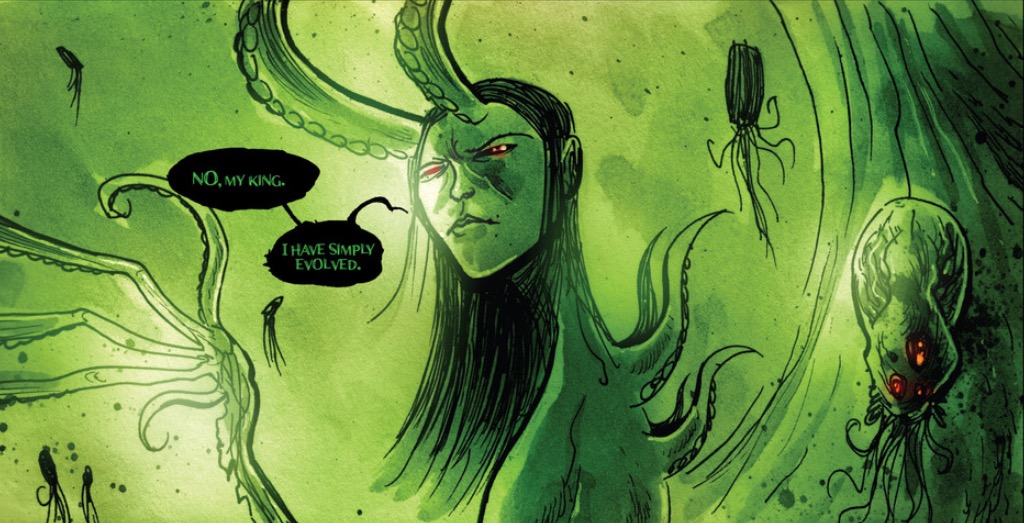 The Squidder #4 :: I’m so sad that this is the final chapter of The Squidder. What an amazing story this has been and this last issue pulls out all the stops. Non-stop action, crazy visuals and a very satisfying end. BUY IT 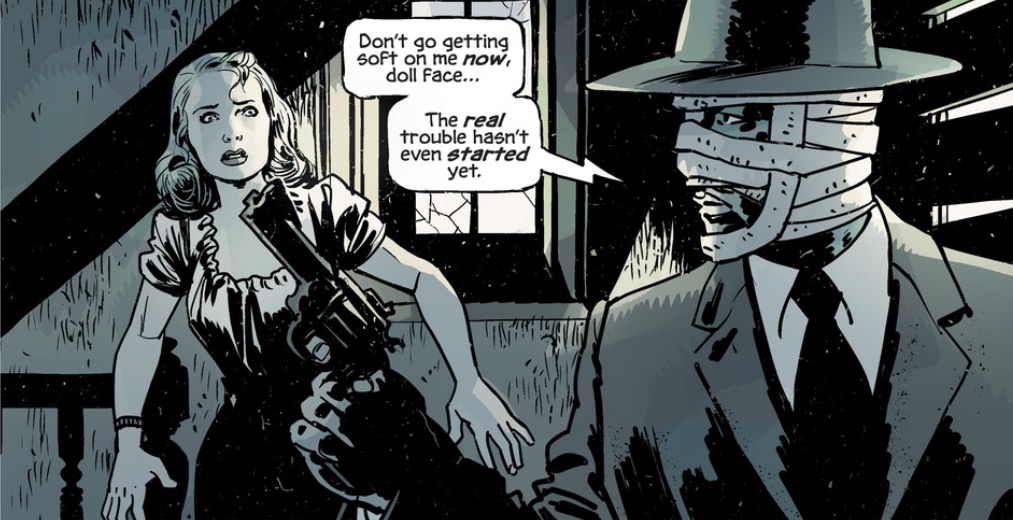 The Fade Out #2 :: This is truly shaping up to be a noir crime masterpiece. All the pieces are there: dead starlet, the hack writer, the Hollywood Ten, so much cover up, and that barely anyone notices when the show just goes on. The writing by Ed Brubaker is just top notch and it’s only getting better. BUY IT 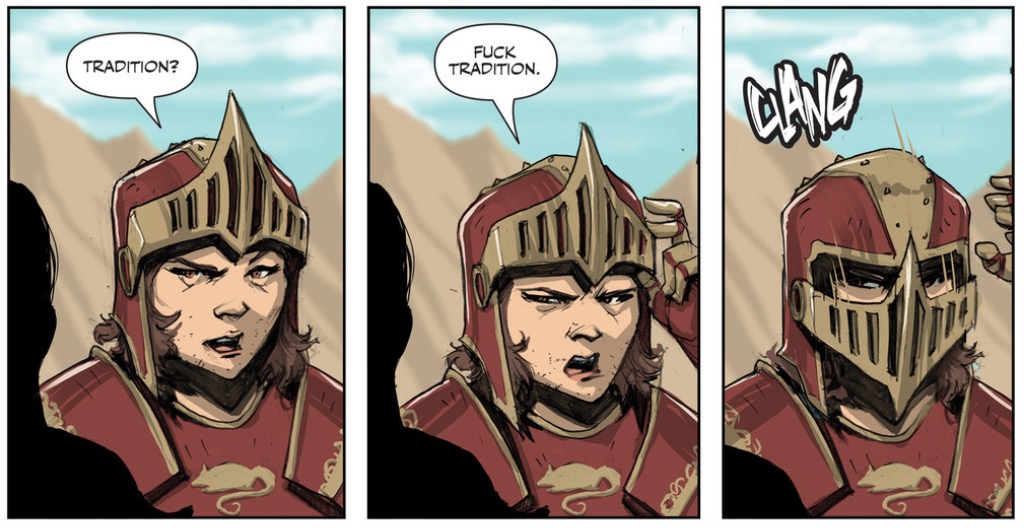 Rat Queens #8 :: I love Rat Queens. I fucking love Rat Queens! This issue centers around the hipster dwarf Violet and her life before meeting up with the rest of her Rat Sisters. It’s beautiful, it’s empowering and its fucking hilarious. Kurtis Wiebe’s writing is particularly tight here and Roc Upchurch’s art is quite stunning. BUY IT

Moon Knight #8 :: Another stand-alone story and another fantastic issue. This was told in a very unique way and Greg Smallwood’s art here is wonderfully paced. Here we find our hero in the midst of a hostage situation while dealing with his own neurosis. BUY IT 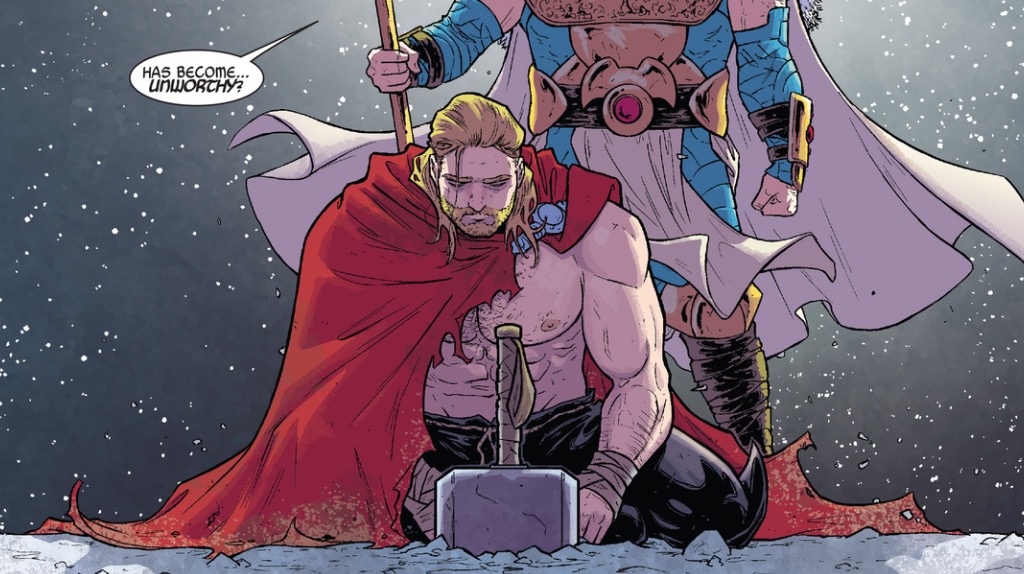 Thor #1 :: HOLY CRAP! This is great! I know very little of the Marvel Universe and this is a perfect jumping on point because … Duh… It’s issue number one. But more than that, it sets up a whole new Thor in a very familiar (or in my case – in a very causal understanding) Marvel way. Great story, wonderful pacing and the art by Russell Dauteman is stellar. BUY IT

The Names #2 :: The story heats up as Katya starts to travel the world to unwind the twisted mess of intrigue and murder that caused the death of her husband. She has to unravel clues, kick some serious ass, and set some real boundaries with her creepy, brand-new stepson to get the answers she desperately needs. BUY IT