Comic Books… I Read Them – Week of October 15th

Jim Henson’s The Storyteller: Witches #2 :: This series is, in a word: beautiful. This issue is just fantastic! Wonderfully drawn with a masterfully crafted story, both done by Kyla Vanderkluqt. This issue gives us a Japanese-inspired tale about loss, love and demons. I was a huge fan of the TV series and I am so very happy to see it live on in this form. BUY IT 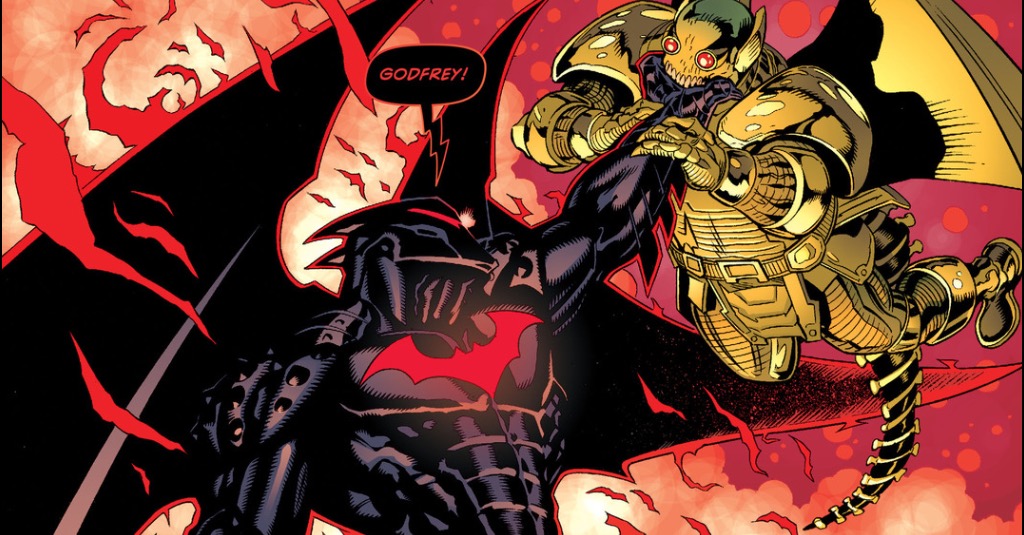 Batman and Robin #35 :: Batman is mad and armed with a Apokolips-punching battle suit. I’m not kidding – he basically punches the entirety of Apokolips in the face. But more than that; the Bat-Kids sucker Cyborg into giving up some Boom Tube action, but not before suiting up in their own mini-Apokolips-punching-battle-suits. So now Batman, Red Robin, Batgirl, Red Hood, Cyborg… and wait for it… Bat-Dog are punching faces in Apokolips. Action-packed and silly and damn good reading. BUY IT 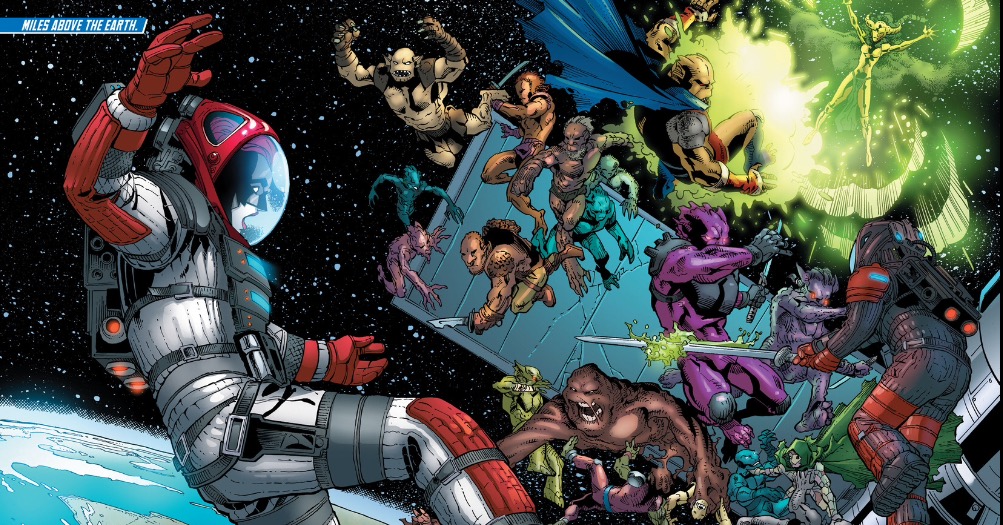 Batwoman #35 :: Batwoman IN SPAAAAAACE! No, seriously. It’s Batwoman in space. This title has officially gone off the rails. It’s a team up of Batwoman, her twin sister Alice, Clayface, the Demon Etrigan, and Rag Man all fighting Morgaine le Fey and her hell spawn to get a glowing rock… in space. IN SPACE! Are you confused? WELL SO AM I! There’s no explanation as to why or any exposition to bring me up to speed. I literally had to look back at issue #34 to see if I actually missed anything. I didn’t. I seriously thought I had some how missed an issue. I didn’t. The action is good and what little plot there is, is fun. But just don’t expect to understand anything. BORROW IT 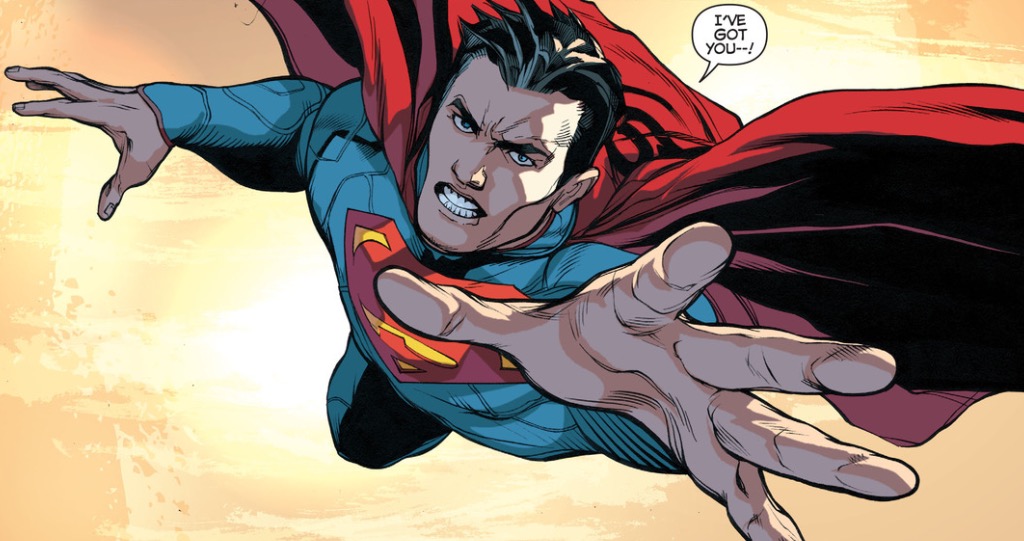 Justice League #35 :: This is a pretty tame issue… and I don’t mean that in a bad way. There’s not much in the way of action but what it does have is a wonderful back and forth between Bruce Wayne and Lex Luthor. Here’s the deal: Lex really, really, really wants to be endorsed by the JL and Batman – so Bruce partners Wayne Enterprises with Luthor Corp. That way Bruce can get a look inside and Bruce is all like, “show me your secrets Lex” and Lex is all like, “ok, look behind this secret door.” Then there’s an explosion and now everybody is infected with a virus. Are you confused? SO AM I! LOL #comicbooks BORROW IT 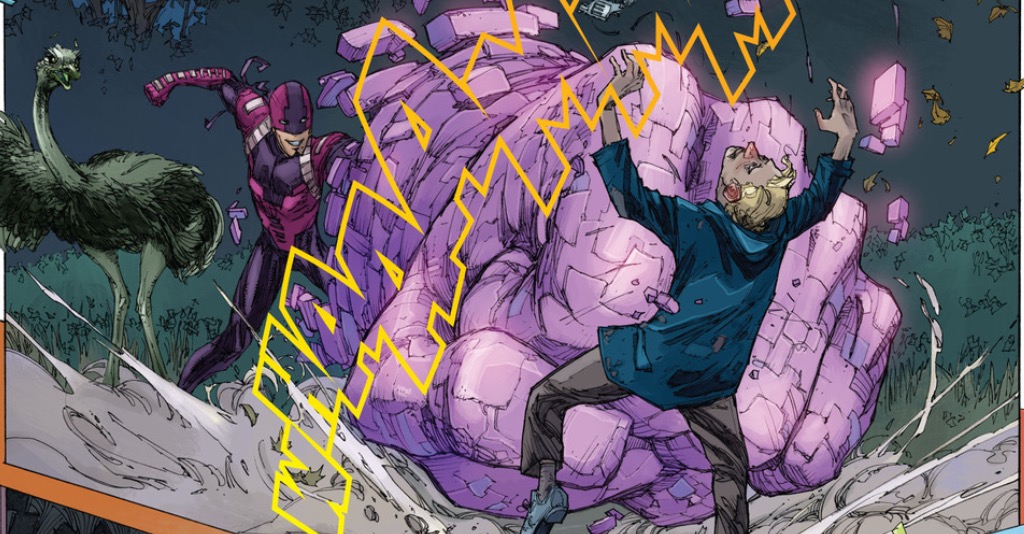 Teen Titans #3 :: Here we get to know Raven a bit better – which, let me tell ya, is pretty awesome – but more than that, this issue explores the world around these Titans. The fans, the groupies, the crazies, and the subcultures that spring up around these heroes. It’s a really fascinating angle that I hope gets explored much more. The regenerating robot chick is a fucking badass and Star Labs is getting hella sketchy as fuck. BUY IT 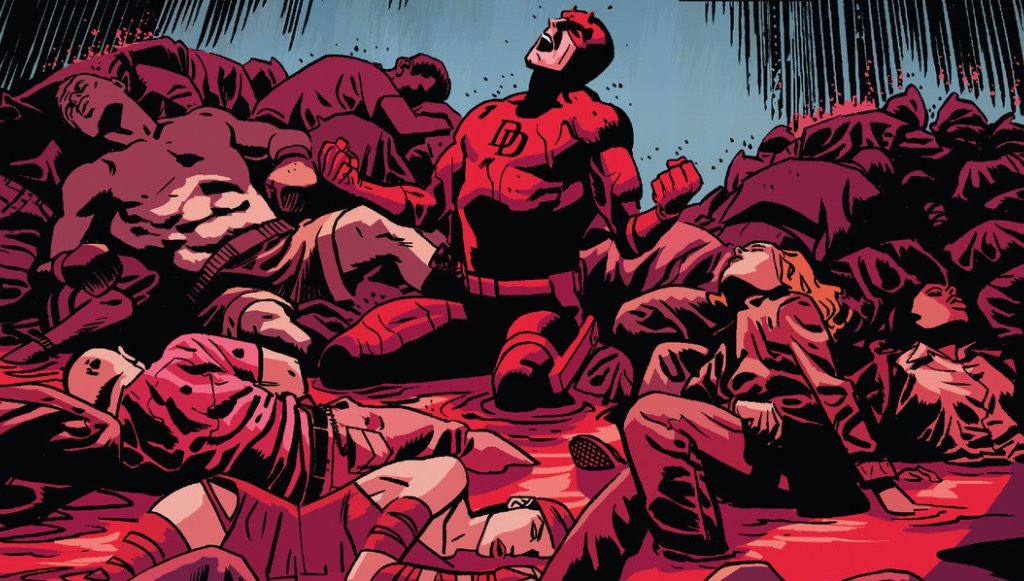 Daredevil #9 :: Matt Murdock feels all the feels… ALL OF THE FEELS! This issue picks up right where #8 left off. Matt’s been offered a book deal and Foggy and Kirsten are either talking him into it… Or out of it… It’s hard to tell. But the real danger are these five psychic purple children of the corn. Let’s face it… Kids are creepy as fuck. BUT, purple psychic kids are even creepier. BUY IT 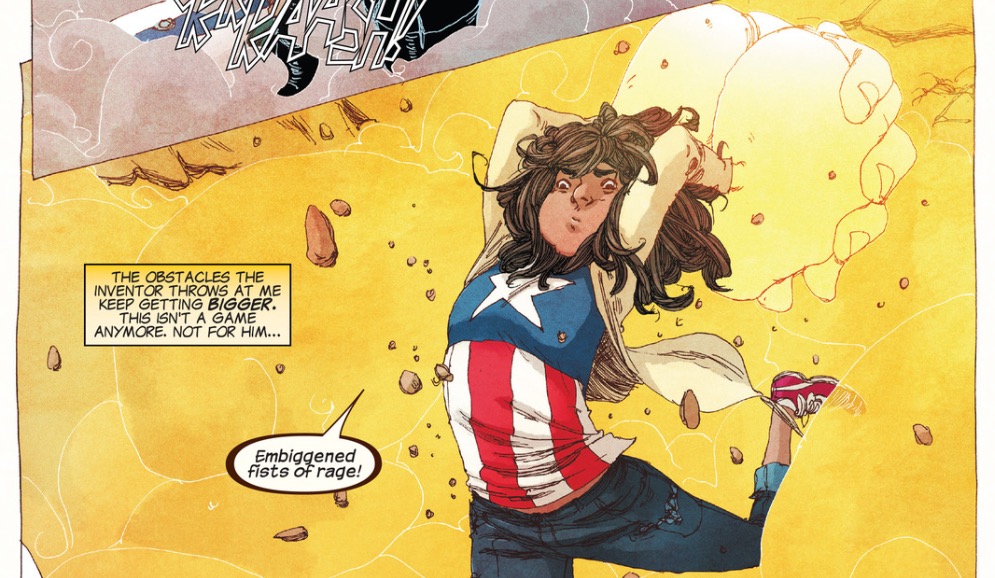 Ms. Marvel #9 :: Murdering battle-bots, Ms. Marvel! If I’ve said it once I’ve said it a thousand times… The worst time to find your power’s weakness is during a battle with a giant robot. So many robots! It’s Inhuman how many robots there are! (See what I did there?) So Funny. Much Action. My heart embiggens! BUY IT

Storm #4 :: When Storm grieves, the whole world knows it! Wolverine is dead (comic book dead… So… You know… Not really dead… At least not for long). So the weather lady does the only thing she can… She GOES TO VEGAS BABY! VEGAS! Meets up with a ninja (sort of) and stumbles onto a criminal pit fighting challenge (sort of) and finds out the answer to the age old question… WWLD (What would Logan do?) (Sort of) BUY IT