Comic Books… I Read Them – Week of September 24th 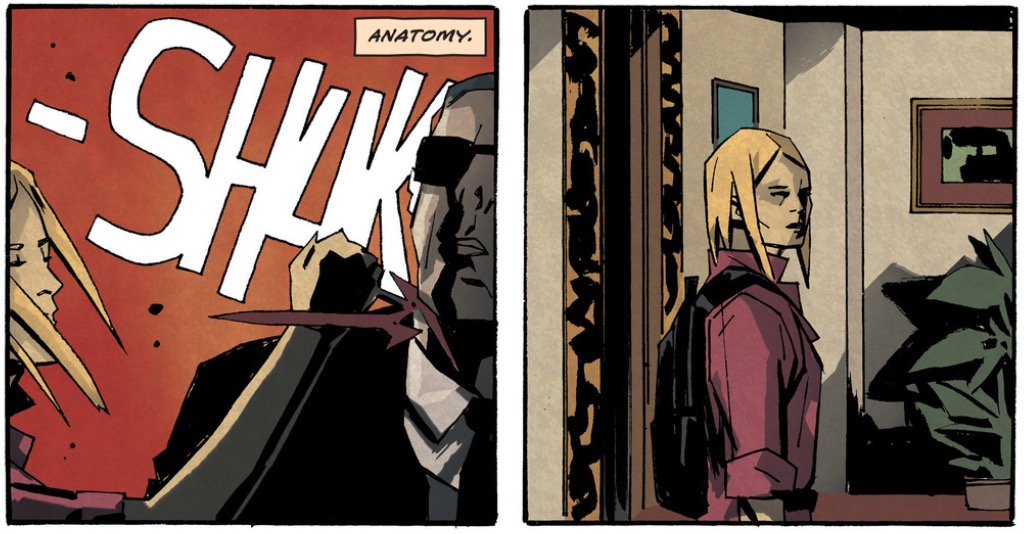 Butterfly #1 :: I love deep-spy stories. Not just undercover FBI or CIA stuff – and I’m not even talking James Bond either. I’m talking stories about black-ops – where agents don’t have names and they barely exist. This is one of those stories and it’s pretty damn good. The issue is minimal in its pacing and delivery but what is there is filled with tension and real intrigue. BUY IT

Aquaman and the Others: Futures End #1 :: This issue is a whole lot of… Meh. It’s not terrible, but nothing about it really stands out. My whole problem with this Futures End crossover can be summed up in this issue. Apparently, there’s a war that was fought and won but at a terrible cost – BUT WE NEVER SEE IT. It’s only ever talked about. Superhero comic books are boring when all the characters do is talk about the the action rather than just show us the action. The pacing feels rushed and the resolution is… Well… Off.  BORROW IT

Booster Gold: Futures End #1 :: Well, this was… Confusing. It’s a pretty cool man-out-of-time story, but I have no idea what’s going on and how it ties into the rest of the crossover. Dan Jurgens’ writing is good – it’s just lacking. Also, there’s five artists… FIVE! Also… Also, it’s Booster Gold. I love me some Booster Gold. Just not this time. LEAVE IT

The Flash: Futures End #1 :: This issue is great! But to be honest this doesn’t feel like a Futures End crossover story. No, in fact to me it reads just like it picks up right from the last issue of the Flash. Barry’s future self is going back in time and violently correcting mistakes – in this issue present-Barry tries to stop him. It’s a great story with lots twists and turns. The art can get a tad confusing and and muddled in places, but good issue overall. BUY IT

Justice League Dark: Futures End #1 :: Here we find a world-weary Zatanna and a rag-tag group of magical misfits lost in a realm they can’t escape… And I love it! This is such a great story. I kinda like Zatanna as a hard-ass, no nonsense team leader. BUY IT

Superman: Futures End #1 :: This issue is really good. It’s a lot of filler, but it’s very good filler. I feel odd saying this, considering that a usually rail against this sort of thing, but this was some much needed back story and exposition. A touching story between Billy Batson and Lois Lane. BUY IT 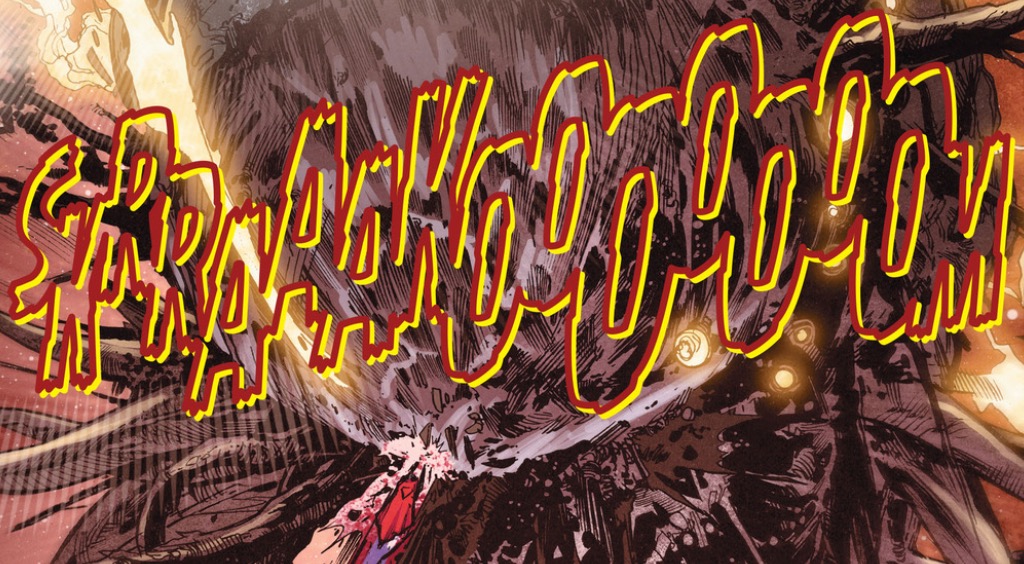 Superman: Doomed #2 :: Fantastic! Utterly fantastic. This is the issue all the ramping up has been building to. Superman confronts Brainiac and all hell breaks loose. Or more accurately, all of reality breaks loose. Great action, wonderful pacing, and there’s even a surprise or two. BUY IT

Star Trek: Harlan Ellison’s “City on the Edge of Forever” #4 ::  The story starts to ramp up now that Kirk’s emotions are involved. It’s lonely out there in the galaxy for a star ship captain. The art by Juan Ortiz and J.K. Woodward is simply wonderful. BUY IT

C.O.W.L. #5 :: This book is proving to me over and over again that the Mad Men-style of storytelling works. It just works. The issue 4 cliffhanger resonates pretty hard in this issue. The riot that exploded during the COWL workers union strike had some very serious ramifications. Lots of twists in this one. To me, the last page is predictable but no less impactful. BUY IT

Roche Limit #1 :: This book is interesting. It’s got some heavy 30’s noir influences with a whole lot of the world of Total Recall in the mix. I’m not entirely sure it all works just yet. At first glance there’s a missing girl story here, but it’s shaping up to be so much more. It’s just too early to tell. BORROW IT

Saga #23 :: Thanks to Saga I am now aware of a fetish for blue skinned she-bats that I did not know I had. Thanks Saga! Also, this issue is fantastic! So much happens and on so many levels and none of it feels rushed or forced. If this were a woman (or even a blue skinned she-bat) I would have already asked her to marry me! BUY IT 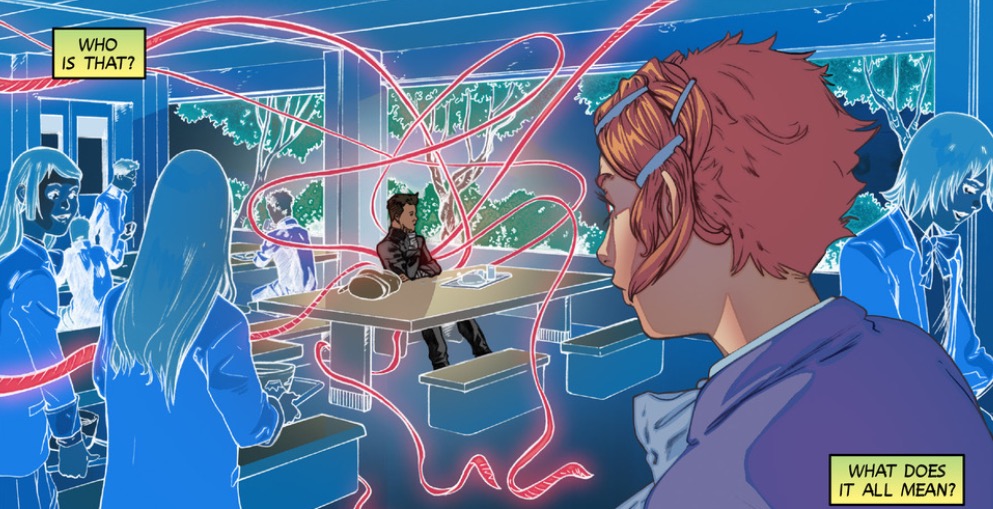 Wayward #2 :: I like this – but I still don’t know what’s going on or if it works yet. I’m hoping that this is a slow burn story that heats eventually, but right now it’s all exposition, setting, and world-building. It’s interesting, but there’s not much else yet. BORROW IT 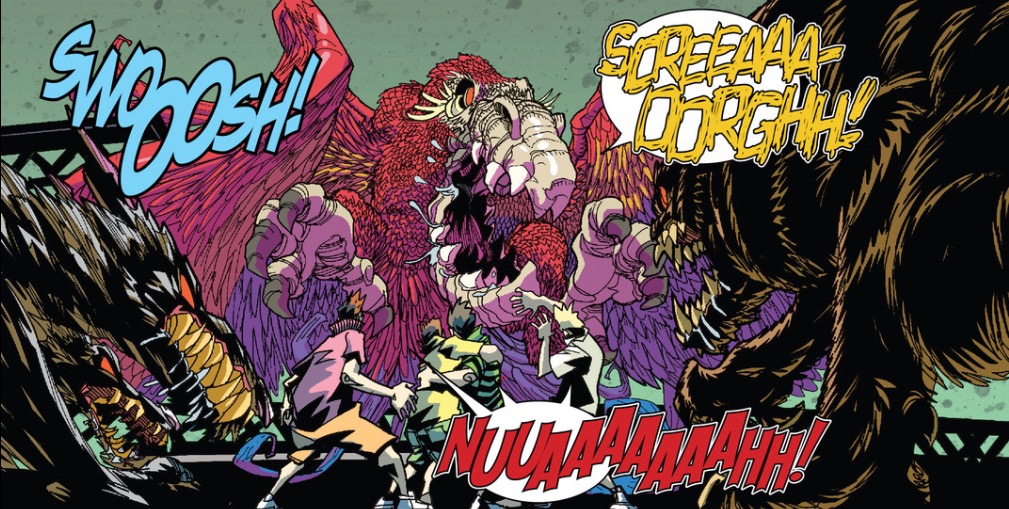 All-New Ghost Rider #7 :: Evil thrives when good men do nothing – that’s the hard lesson that young Robbie Reyes is learning here. Life as a caretaker, a high school student, an underground race car driver, and a Hell Fire Empowered avatar for justice is a very hard life to balance. Felipe Smith’s writing is very good here, but Damion Scott’s art is a tad distracting at times. Still very good issue. BUY IT

Guardians of the Galaxy #19 :: I often feel like a broken record when talking about Guardians of the Galaxy. There are only so many straight-forward ways to say that, for a comic book that is supposed to be a fantasy action outer space comedy… This has no right to be as good as it is. Picking up right where issue 18 left off we get the story long-time Guardians fans have been waiting for – the battle in the Cancerverse… And hilarity ensues. BUY IT 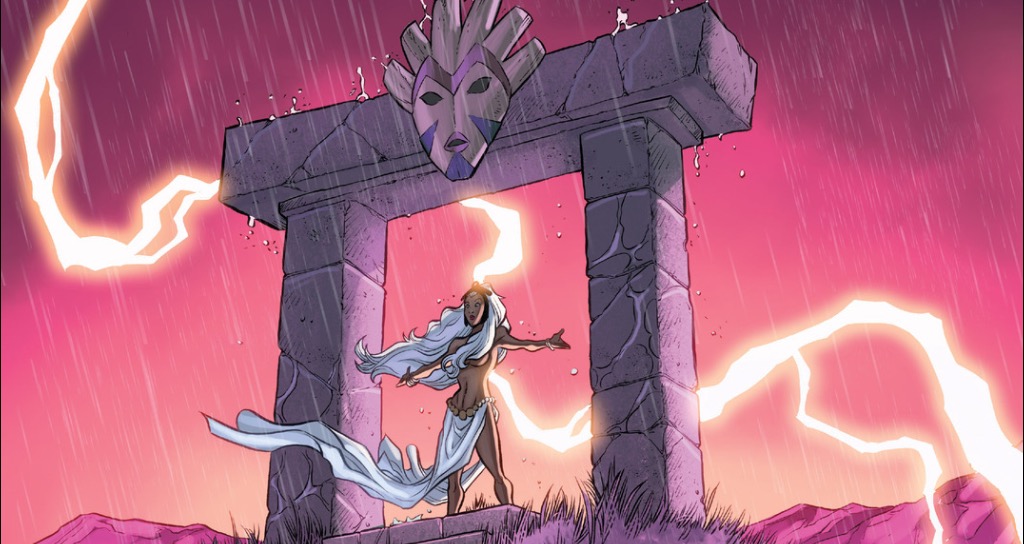 Storm #3 ::  I love Storm and I love this book. Coming into this book with no knowledge what-so-ever of her back story has made each issue indispensable to my enjoyment of it. Issue 3 has some great moments reflecting on Storm’s time in Kenya and with her former teammate, Forge. Great stuff. BUY IT