Comic Books… I Read Them – Week of September 17th

I hate to admit this but this week’s batch of Futures End one-shots are a hellva lot better than last weeks batch. Let’s get to it!

Batman and Robin: Futures End #1 :: Okay, I’m going to begrudgingly admit that this issue to pretty good. I really hate this damn Futures End crossover and I will be one happy DC fan when it is finally over, but if more issue like this one are made then that definitely softens my nerd rage a bit. Great story, great pacing, cool possible Robin. BUY IT

Batwoman: Futures End #1 :: I liked this a lot! This is a great supernatural story about deadly creatures of the night and the rag-tag crew of misfit heroes that will stop at nothing to end the horror. With almost no exposition, the still feels fleshed out with amazing characters. Great pacing, great action and a great read. BUY IT

Justice League: Futures End  #1 :: This was a great story. I’m not sure I particularly like the world that has been carved out for the JL “five years from now” – but it’s a good read nonetheless. Lots of action that picks up from last week’s Justice League United. Here we find a very different Captain Atom that borrows heavily from Watchmen and is worth the read. BUY IT

The Multiversity: The Society of Super-Heroes: Conquerors of the Counter-World #1 :: HOLY CRAP that’s a long title! This issue is fantastic! I can’t possibly tell you what the hell is going on… But it’s an action packed, face punching spectacle of high stakes and utter confusion. There is so much to like here: alternate version of well-known heroes and villains, super science filled retro future, and two immortal men trying to kill each other. What’s not to like? Unless of course you WANT a coherent plot… Cause… You know… There is none. BUT DAMNIT! I like this a lot. BUT IT

The New 52: Futures End #20 :: This issue is not terrible… But it’s not great either. Which quite frankly is a much improved step up from the usual strive to mediocrity that I’ve come to expect from this book. BORROW IT

Sensation Comic Books Featuring Wonder Woman #5 :: This book is SO GOOD! This issue is so damn good. What happens when Woman Woman says the right thing by gets punished anyway? It’s not a problem she can just punch. BUY IT

Superman/Wonder Woman: Futures End #1 :: This issue is such a wonderful story. It kind of makes me stop and wonder if any of this is going to be cannon going forward. But then it is “five years from now”, and there is time travel involved. Regardless, this is a great issue with lots of twists and turns and high stakes action. BUY IT

Teen Titans: Futures End #1 :: I’m a tad confused by this issue. The story is actually really good – despite the fact that the team is formed a too easily and quickly. But that’s not why I’m confused. I’m confused because… Well… I’m not sure how to say this without spoiling the issue. I will say just this: the plot of Batman and Robin: Futures End #1 directly contradicts the events of this Teen Titans issue… Unless, of course, “clones”. Still a good read though. BUY IT 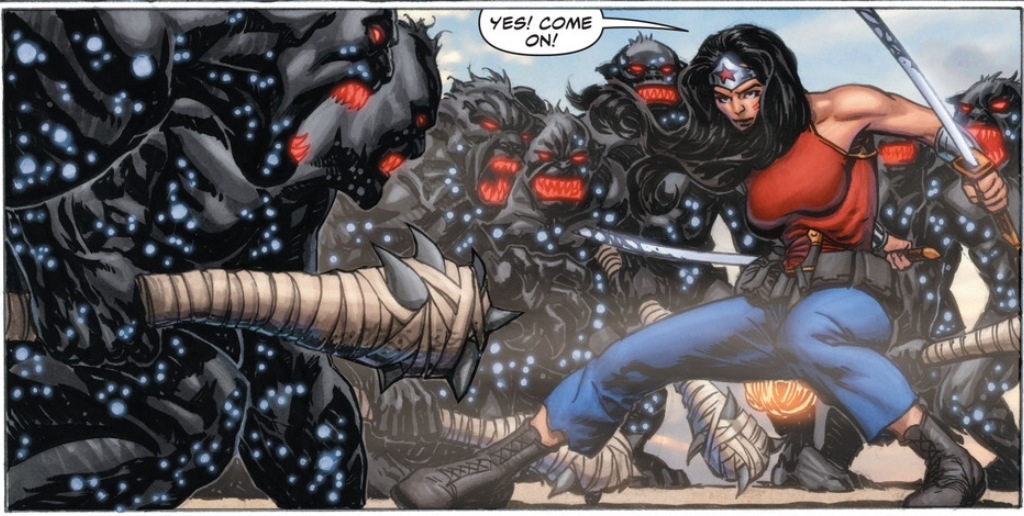 The Wicked + The Divine #4 :: What a fantastic premiss this is. Gods walk the earth as pop stars – are loved and hated and then die after two years. This is a great book and this is a really good story. There’s a circle of gods, a jailed devil, and a real murder mystery that is underneath all the fantasy. Kieron Gillen’s writing is top notch and Jamie McKelvie’s are is so wonderful to look at. BUY IT

Daredevil #8 :: If pop culture has taught me anything, it’s that creepy children are creepy as fuck! This is a great issue that sees Matt Murdock meeting the parents of his new girlfriend,  taking on his first real case after the move to the West Coast, and the strange return of a long-standing Marvel villain. Also, kids are creepy. BUY IT 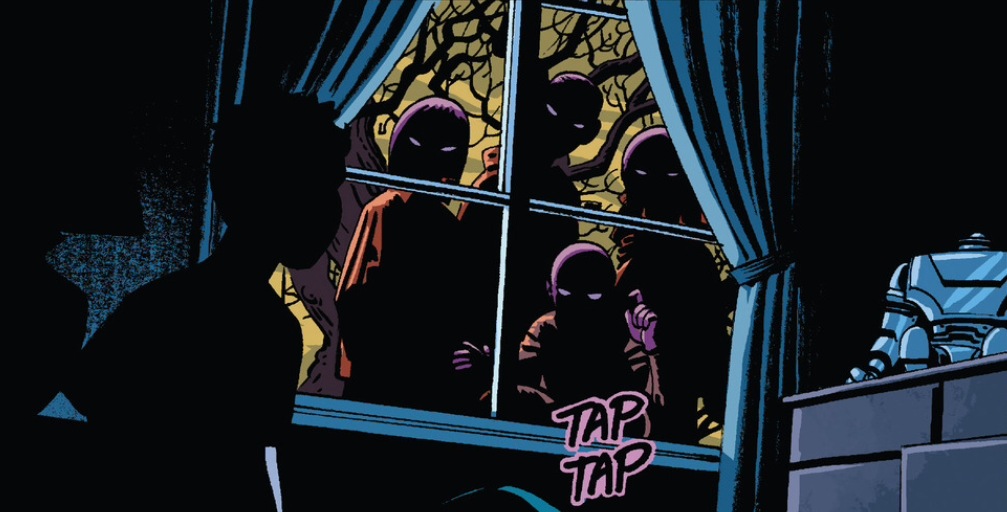