Comic Books… I Read Them – Week of August 20th

What a great week for comic books! So much good stuff to choose from. There’s brand new titles as well as long-standing favorites to grab a hold of. But I’d like to give out a special shout-out to Marvel this week. Their consistently great stories of late have turned this DC Fanboy into a huge Marvel lover. But, enough with the blah-blah… Let’s get to it!

Brain Boy: The Men From G.E.S.T.A.LT. #4 :: I like this story a lot. I really like the title character, a lot. I’m not a fan of there being only four issues in this arch. The whole thing feels rushed and the pacing is pretty choppy. This really needs to have five issues covering the story. Putting all that aside though… This is a fantastic book that has plenty of over-the-top action and lots of humor to keep you coming back for more. BUY IT

Batman Eternal #20 :: Holy Convoluted Story Lines, Batman! This issue manages to actually resolve a sub-plot. HUZZAH! You know, as much as I’ve disliked this series I must admit that this issue was pretty good. There’s even an official reveal of a beloved hero into the New 52 continuity. But, if you’ve been reading these books, it should be painfully obvious who it is. BORROW IT

Batman and Robin #34 :: This issue is great! This story, despite the crazy-over-the-top shenanigans of the quest for Robin’s body, is grounded in some wonderful truths. There’s a lovely resolution for the entire Bat-family, a nice cameo by Dick Grayson, and a conversation between Luthor and Wayne that surprised even me. There are some actual “holy shit” moments with a pretty fantastic cliff hanger. The art here by Patrick Gleason is stellar. BUY IT

Batwoman #34 :: One of the things I love about Batwoman is that it tries to deal with the grounded fact of how a superhero manages a loving and intimate relationship. So, let’s be honest here – she’s a “Bat” – none of that is ever going to go well. In this issue we find Mz. Kane dealing with a supernatural villain, an exposed secret identity and a “noble sacrifice”. Personally, I feel that her choice is neither noble or much of a sacrifice – it’s just sad. This issue feels watered down – but there’s a crazy cliff hanger. BUY IT 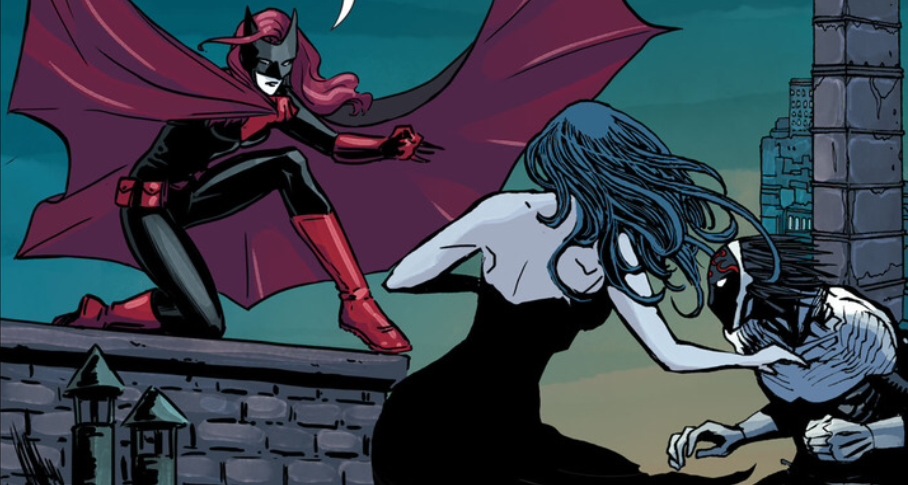 Futures End #16 :: If I may quote my dear friend Schäffer the Darklord, “I don’t care. I don’t fucking care.” LEAVE IT 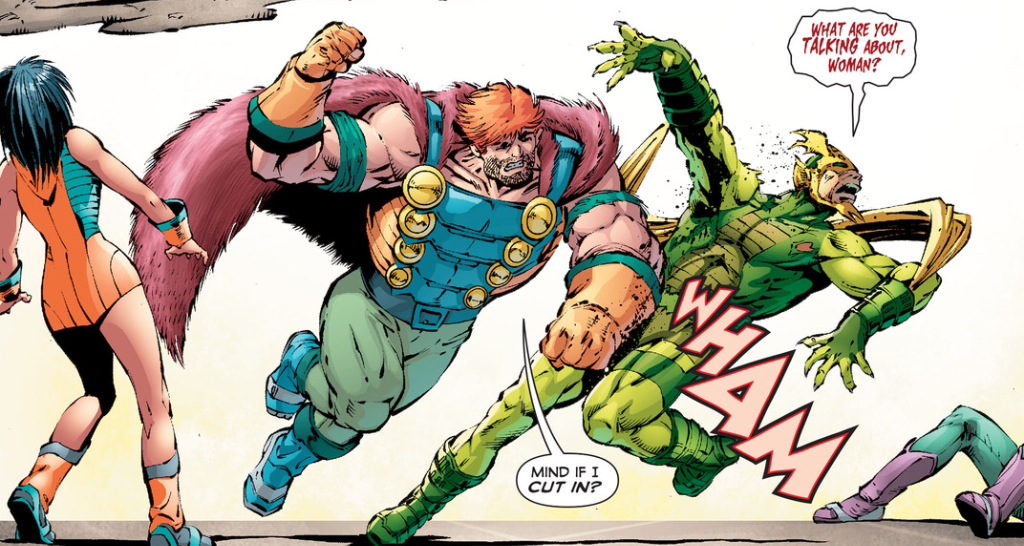 The Multiversity #1 :: Holy. Fucking. Shit. Balls! Where the hell do I even start with this book?!? This story is crazy – and I don’t mean “comic book crazy” I mean “crazy-crazy” – like, insane person crazy. I am willing to bet that Grant Morrison wrote some weird fanfic when he was 13 and is now getting an opportunity to publish it. I have no idea if this is good or not – I’m mostly confused. There’s a looming cataclysmic danger here – heroes from all over the multiverse are being recruited to stop it – but for the life of me I couldn’t tell what is it or why its happening. There’s a brand new character being introduced in practically almost every panel. There’s direct meta links to comic books being “real” – there’s a talking pirate chimpanzee named Mr. Stubbs – AND Captain Carrot there. Nothing I have written so far comes even close to describing my experience reading it. You need to read this book for yourself because this is going to be one of those, “you had to be there” moments in your comic book reading life. BUY IT 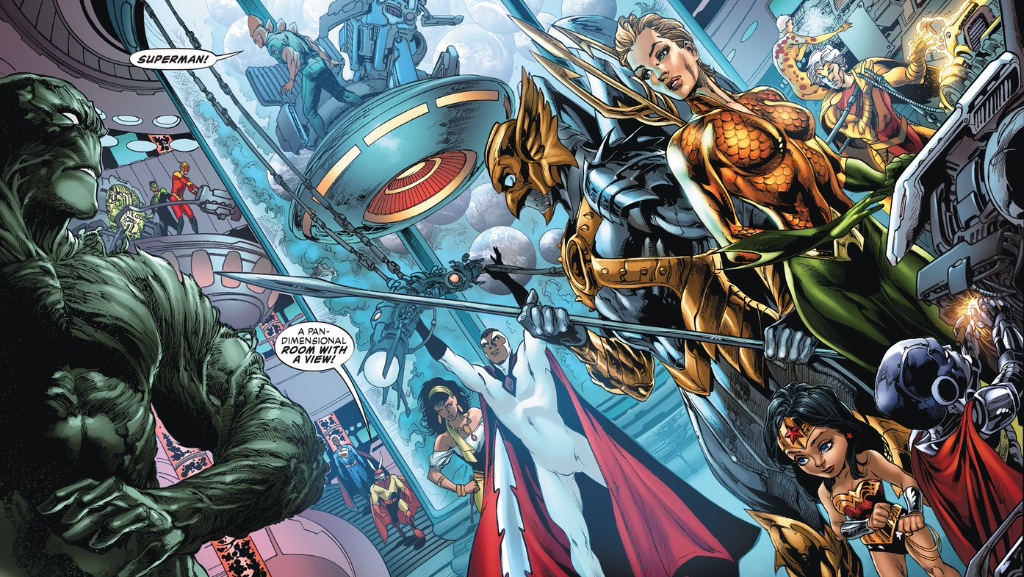 Sensation Comics Featuring Wonder Woman #2 :: This story is so much damn fun! It’s the second and last chapter and I am deeply disappointed to see it go. I loved this. Wonder Woman in Gotham fighting the rouges gallery on her terms is incredible fodder for storytelling. I really want more of it – but as it is it will stay this awesome jewel to be enjoyed. BUY IT 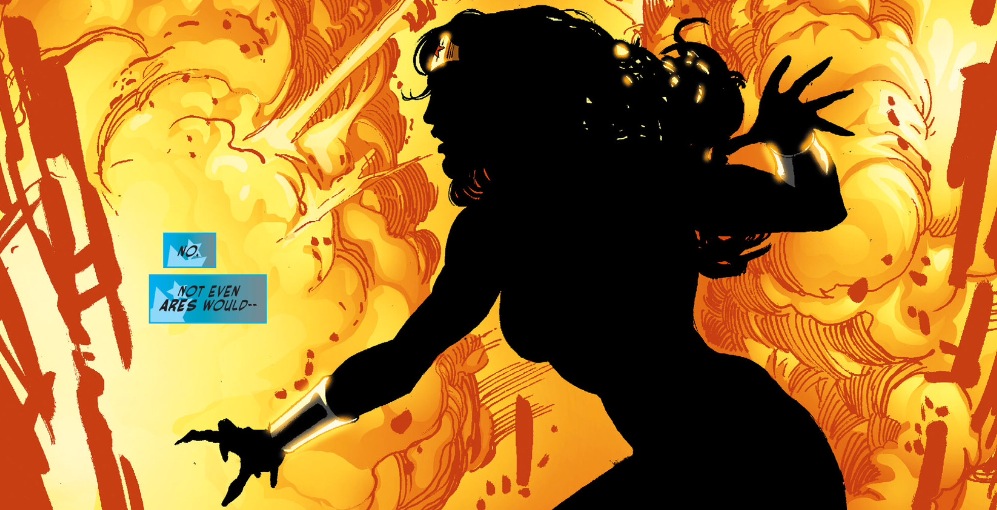 Teen Titans #2 :: In this second issue we get a story that focuses primarily on Bunker and Beast Boy as they continue to figure out why there’s a terrorist organization going after S.T.A.R. Labs. We get some nice filler about what Robin and Raven are up to and there’s even a new all-girl gang who patterns themselves after Wonder Girl going around beating the crap out of creeper dudes. Great cliffhanger at the end. BUY IT

The Fade Out #1 :: I am a complete sucker for noir stories. Particularly detective noir – I can’t get enough of it. I’ve read everything that Dashiell Hammett and Mickey Spillane ever wrote. So believe me when I say that this book is incredible. Classic, golden age Hollywood with booze, and broads, and murder. A story that only Tinseltown could be the backdrop for. In this issue we meet a writer who was at the wrong place at the wrong time and has no memory of the events that took place. So good! BUY IT 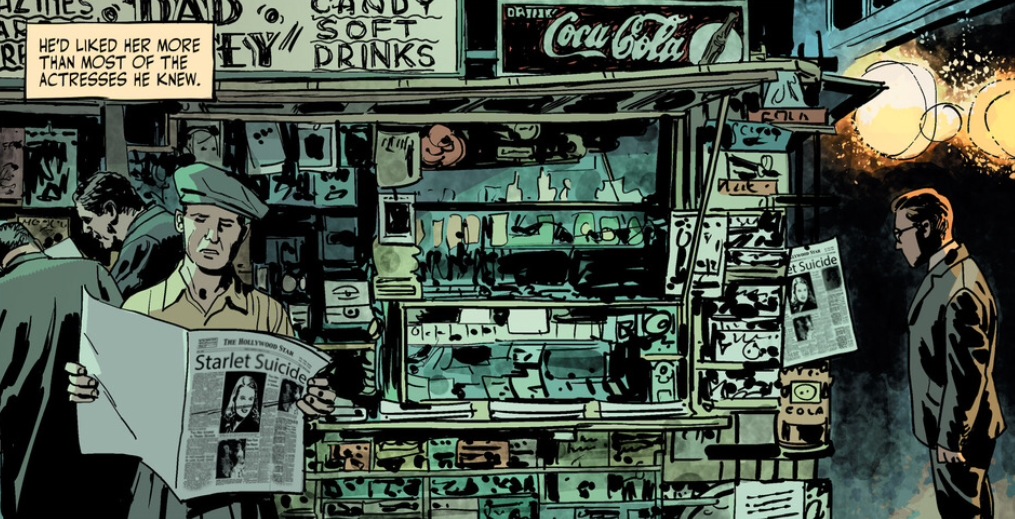 All-New Ghost Rider #6 :: I really really like this series and this issue is wonderful. After the insanity of last month’s issue we find our hero settling into a comfortable life not being Ghost Rider – much to the dismay of Eli (the Ghost Car). Rather, he is using his unique ability to win underground street races so that he can afford to take care of his disabled brother. I love this issue – Robbie Reyes is not a naive kid who was forced to learn the idea that with power comes responsibility. He has had great responsibility his entire life. He does not want to be a superhero – he just wants to be a hero to his little brother. But, Dr. Zabos and a missing baggie of pink monster pills threatens his comfortable life. BUY IT 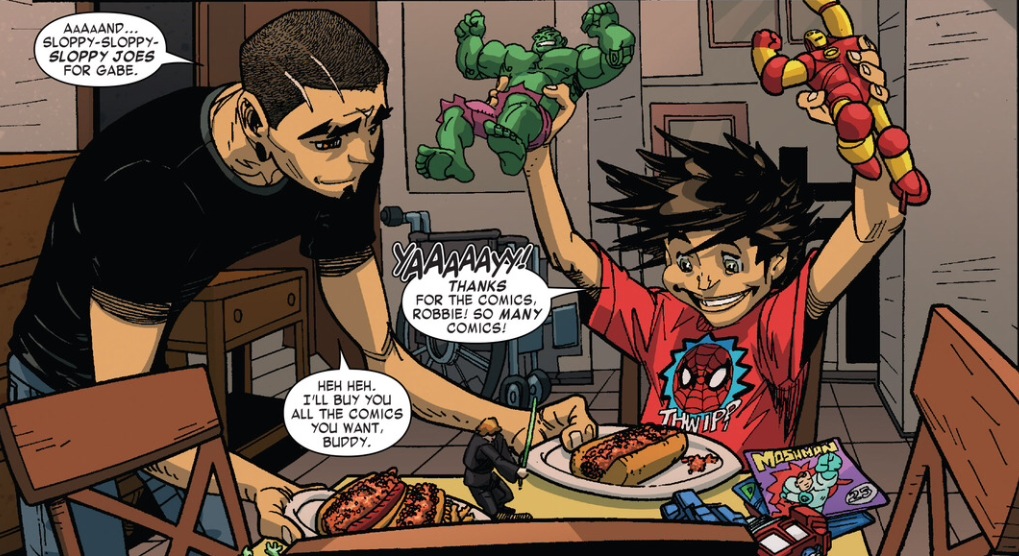 Daredevil #7 :: I love this issue! After a pretty clever and action packed first half involving sneaking into Wakanda to rescue some hostages – what we actually get is a lovely and beautifully written reconciliation between Matt Murdock and his mother. Mark Waid pens a touching, beautiful, and smartly delivered story about depression and fear and love. BUY IT

Ms. Marvel #7 :: This series just keeps getting better, and I am in love with this issue. Kamala and Wolverine’s dynamic and burgeoning student/teacher relationship is both wonderful and hilarious. (Too bad he’s gonna die soon! – Mischievously Morbid Ms. Cap) This young lady is absolutely relatable and heroic. It’s smart and culturally inclusive. I can not recommend this series enough – Wilson’s writing cuts to the core of the human condition and Wyatt’s art flips from grounded to ridiculous and it is awesome. BUY IT 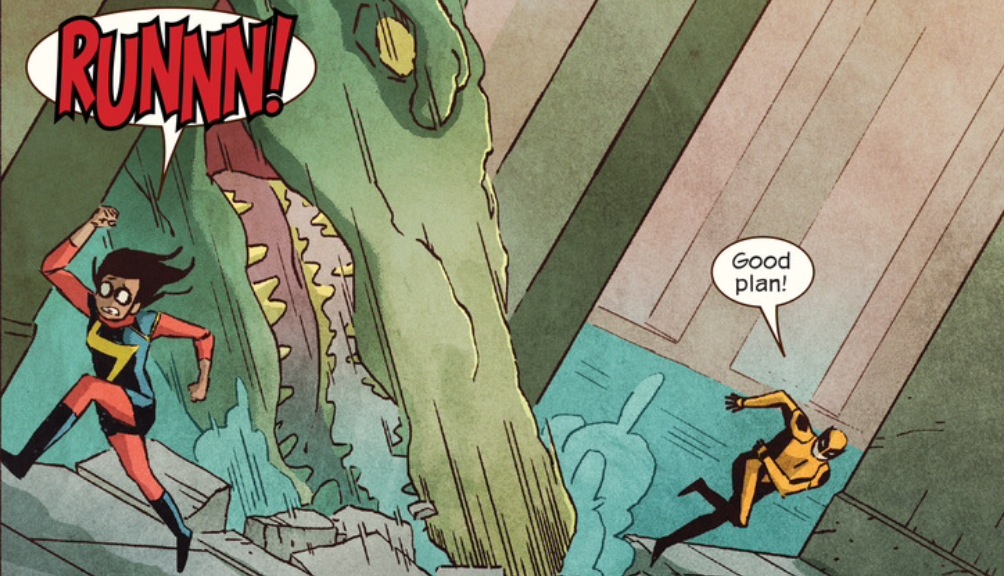 Storm #2 :: I had a very good feeling about this series when I read issue one last month and I must say – issue two is even better. Here we get an excellent story of missing kids that sends the reader on a trip to Storm’s troubled past. This is not a world of good or evil – this is a world that is far more nuanced and subtle. Problems are not always solved by punching the bad guy and I find that so damn refreshing. Also, Storm and Wolverine are now dating and – no lie – that’s pretty hot. BUY IT