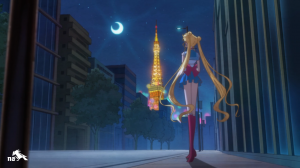 After many false starts, and a year later than originally promised, Sailor Moon has finally returned. I recently made a list of 5 reasons this new series will rock, but now that the first episode is out we can know for sure… was it worth the wait?

At this point, you may be thinking to yourself, “Wait a minute, Jessica. You’re a total Moonie. There’s an incredibly small chance that you would actually dislike the reboot – this review is rigged!” Totally valid. But that means I’m hyper-critical too.  Before the post devolves into unintelligible gushing…

Things that slightly annoyed me about Sailor Moon Crystal episode 1, but weren’t enough to prevent me from thinking it was totally amazing:

It’s fairly difficult to tell that there’s an age difference between the teenagers and the “adults”. Maybe it’s because all girls are wearing lip gloss, but they look considerably older than 14. This is common in most anime, but there’s usually some pronounced distinction between “adult” and “teenager”. For instance, the introduction of Haruna-sensei vs. Naru-chan, they look like they could be in the same university class: 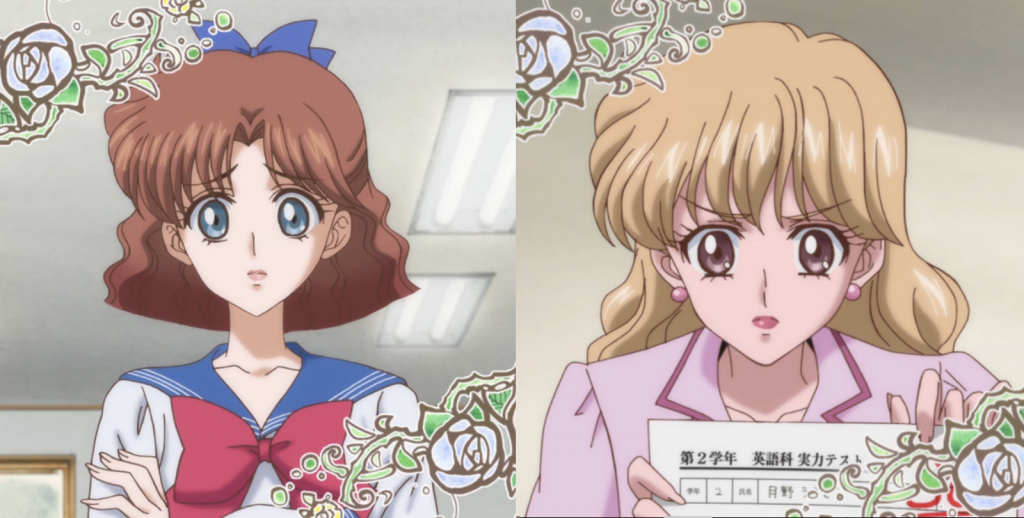 Also, I really miss the expressiveness of the old anime. On the whole I believe the updated art is gorgeous, but I do miss some of Usagi’s “less refined” facial expressions. Though we do get a few gems…. 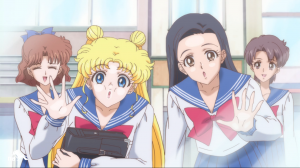 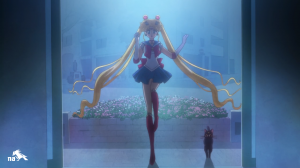 From a birds-eye view, the production team is 100% delivering on their promise to keep things closer to the manga. Most dialog was plucked directly from the source. As I mentioned before, the art is really gorgeous and almost feels like Takeuchi-sensei drew it herself. While the music was minimal, the scoring was perfectly suited to highlighting important moments and emphasizing plot points. Putting the episode under a microscope, here are the moments I most enjoyed:First, Usagi, in a rush to get to school, is on her ass within the first five minutes. Her first interaction with Ikuko is amazingly akin to a real mother/daughter relationship. Ikuko, upon hearing the noise from Usagi’s fall, asks if she’s alright in a resigned tone. Usagi, a typical overdramatic fourteen-year-old, answers that she is most certainly not alright as she rushes out the door. THIS is what makes Sailor Moon so magical: the ability for girls of all ages to relate to Usagi’s “normal girl” woes.We also first meet Mamoru/Tuexedo Mask standing outside OSA-P Jewelry IN his tuxedo. This prompts my favorite Usagi comment about their meeting: 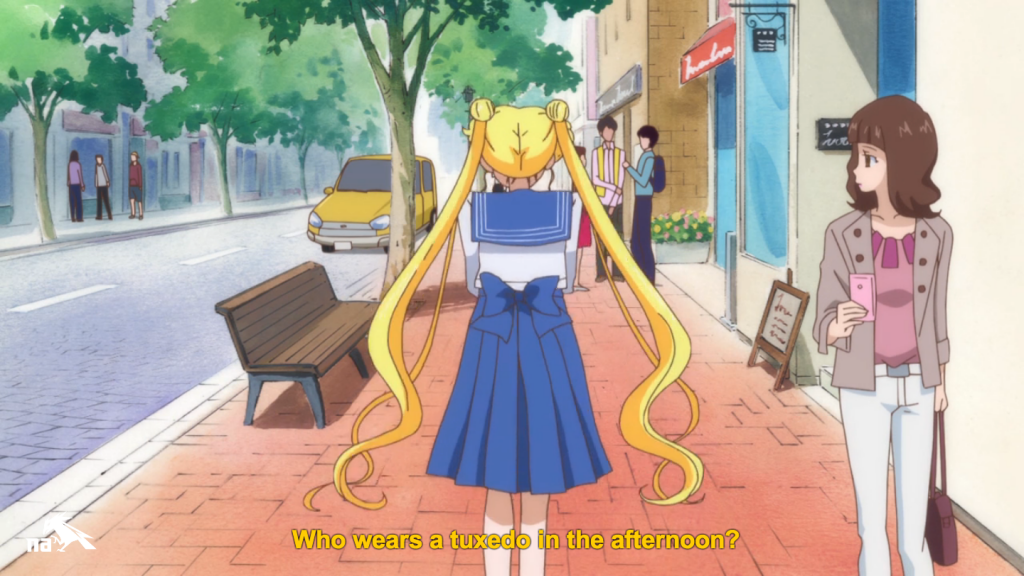 While deviating slightly from the source, I also enjoyed the dream sequences, particularly Usagi’s afternoon dream that morphed from Serenity & Endymion running to a totally adorable Sailor V fight sequence. It provides a lovely and whimsical bit of foreshadowing. 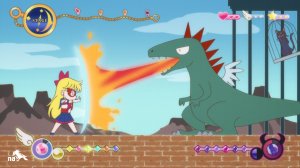 And this…I got goosebumps when this happened…

I was also pleased to see “Moon Tiara Boomerang”; Sailor Moon’s original attack from the manga. And the episode closed with one final, satisfying moment – ending in the exact same manner as the original manga: with Usagi upset that the entire ordeal wasn’t just a dream. 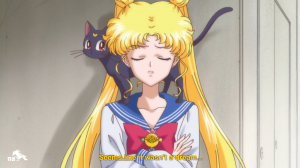 Next time on Sailor Moon Crystal, Sailor Mercury joins the scene! Check out the trailer below and be sure to tune in on July 19th! Oh, and let me know your thoughts on the series so far in the comments below or on the Sailor Moon Crystal forum thread!